The US Department of Energy announced Tuesday that scientists at a national lab — for the first time ever — have generated more energy from nuclear fusion than the process took to start.

Fusion, which powers stars like our sun, has the potential to create a massive amount of energy with precious little pollution, making it the holy grail of clean energy production.

“This is an announcement that has been decades in the making,” the DOE said in a statement on Twitter.

The agency said scientists at the Lawrence Livermore National Laboratory in California had made a significant leap in fusion research, generating a net gain in energy for the first time on Dec. 5.

“This breakthrough will change the future of clean power and America’s national defense forever,” the DOE said.

The lab — which is primarily focused on nuclear weapons research — has achieved “a significant milestone,” Carlos Paz-Soldan, a professor of applied physics at Columbia University, told The Post Monday.

“It shows that such a thing is physically possible,” he said.

In contrast to nuclear fission — the process of splitting atoms used in nuclear power plants and atomic bombs — fusion has radically less radioactive waste and no propensity for the kind of runaway chain reaction that leads to a fission meltdown.

But while scientists have created energy through fusion in the past — and fusion reactions play a role in the detonation of thermonuclear weapons — never before have the reactions generated more energy than they required to get started.

Nuclear fusion occurs when the nuclei of two atoms fuse together to create a larger atom, giving off massive amounts of energy in the process. It requires extreme heat — over 180 million degrees Fahrenheit — which has previously necessitated even more energy than the fusion process then creates.

Getting more energy out of the process than it creates, and doing so continuously, would make it self-sustaining.

Current nuclear fusion reactors typically use one of two methods to generate the kind of heat required: Magnetic confinement reactors use magnets in addition to ancillary heat sources to heat up and contain the hydrogen, while laser-based systems like the one at Lawrence Livermore hit the hydrogen with massive pulses of laser light.

Paz-Soldan, whose research has been conducted primarily with magnetic reactors, said the two differ most practically in how long the fusion reaction occurs.

While laser-based reactors have seemingly crossed the threshold into net-energy-gain territory, when lasers are used, “the fusion is happening in a small period of time,” Paz-Soldan said.

Magnetic reactors, in contrast, keep the fusion process going for longer, but require more energy and have yet to make more energy than they use.

The laser-based system at Lawrence Livermore, known as the National Ignition Facility, is the most powerful such system to date, focusing 192 beams on a given target. Its lasers are not capable of constantly firing — a prerequisite for scaling fusion reactors up into commercial power plants.

“You would need to do it 10 times per second,” Paz-Soldan said. Still, the success set to be announced Tuesday is “a necessary step in the process of scaling [fusion],” he said. “It shows that there’s a value in making the technological investment.”

The value of fusion is not just that it relies on the most abundant fuel in the universe — using hydrogen as a fuel also means its fusion byproduct is the relatively benign element helium. And unlike nuclear fission, there’s no chain reaction to lose control of, Paz-Soldan said.

“It’s not really the kind of reaction that runs away from you — we’ve been trying so hard just to get it started,” he said.

Tuesday’s announcement is a long way from a declaration of abundant and clean energy. But Paz-Soldan is optimistic.

“The technology and the physics are getting closer,” he said.

Paz-Soldan, who has a decade of experience in the field, said Monday that clean fusion power has always carried with it a sense that it was unobtainable.

“I would always get this comment — ‘never in my lifetime,’” he said. But with the apparent success of a net-energy-gain experiment, “if you actually try and invest, you’ll get somewhere.” 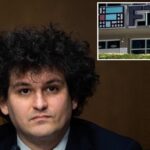 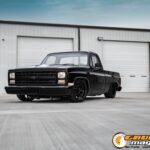