Ukrainian forces have made recent inroads into the northern portion of the Donbas region, putting yet another Russian supply line in their crosshairs — as Russia dug in and hinted at a nuclear threat.

Meanwhile, Moscow’s forces set up defensive positions in the southern Kherson province ahead of expected Ukrainian advances, as Kyiv warned that Russia could set up a dirty bomb at Europe’s largest nuclear power plant.

Ukrainian troops in the country’s northeast secured several villages in the past 48 hours undermining Russia’s control of the Luhansk province — the northernmost province of the industrial heartland known as the Donbas region, and a stronghold for Russian occupiers.

The Ukrainian military said Monday that it had taken the villages of Karmazynivka, Miasozharivka and Nevske, as well as the nearby village of Novosadovoe in Donetsk.

The advance was confirmed Tuesday by WarGonzo, a pro-Russian propaganda outlet run by Russian war reporter Semyon Pegov, who said there was an ongoing artillery battle over the nearby Zherebets River.

“This allows the Ukrainian army to take fire control of the section of the R-66 highway from the interchange in the Svatovo area to Kremennaya,” the outlet wrote on Telegram, describing a two-lane road connecting the front-line towns.

The account said Russian artillery was firing across the Zherebets in an attempt to thwart Ukrainian reinforcements, but so far “for the Armed Forces of the Russian Federation the situation is very difficult.”

The incursion into Luhansk means that Russia now lacks full control over any of the four provinces it claimed to annex last month.

To the south, Russian forces were digging into defensive positions in the Kherson province, mining the eastern bank of the Dnieper River with explosives, according to the General Staff of the Armed Forces of Ukraine.

Washington, DC, based think tank The Institute for the Study of War said Monday that Ukrainian forces had gained some ground against Wagner operatives around the city, retaking a concrete factory on the city’s eastern outskirts.

Prigozhin acknowledged that his offensive was flagging on Monday.

“Our units are constantly meeting with the most fierce enemy resistance, and I note that the enemy is well prepared, motivated, and works confidently and harmoniously,” he said in a statement published by his catering company’s press service, according to the Washington Post. “This does not prevent our fighters from moving forward, but I cannot comment on how long it will take.”

The fighting comes as Ukraine’s nuclear energy operator, Energoatom, said it suspects Russia of trying to spark a radiological incident at the Zaporizhzhia nuclear power plant.

The plant, europe’s largest source of atomic energy, has been under Russian military control since the early days of the war.

Energoatom said Tuesday that it believes Russia is trying to create a de-facto dirty bomb at the site by causing an explosion at the plant’s spent-fuel storage facility.

“Destruction of these containers as a result of explosion will lead to a radiation accident and radiation contamination of several hundred square kilometers of the adjacent territory,” the company said.

There are 174 containers at the plant’s dry spent fuel storage facility, each of them containing 24 assemblies of spent nuclear fuel, according to Energoatom.

A dirty bomb — a conventional explosive that spreads nuclear material — does not have the same raw destructive power as a nuclear explosive. But it could render large swaths of territory uninhabitable and cause widespread radiation poisoning.

The accusation comes after Moscow accused Ukraine of planning to detonate a dirty bomb on its own territory to frame the Kremlin — making the wild claim in a call to Western leaders Sunday and Monday.

“It’s just not true. We know it’s not true,” John Kirby, a spokesman for the US National Security Council, said Monday. “In the past, the Russians have, on occasion, blamed others for things that they were planning to do.” 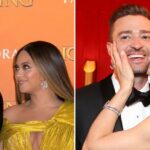 Celeb Couples Who Have Been Together for More Than 10 Years 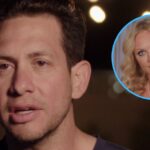 Josh Weinstein Net Worth, How He Makes Money