Saying goodbye is never easy. Sister Wives star Kody Brown admitted he has an “emotional attachment”to his ex-wife, Christine Brown, and their house as she prepared to move following their split.

In a teaser clip of the Sunday, October 30, episode of the TLC show shared by People, Christine, 50, suggested she keep her house and Kody, 53, could keep the land that he owns with his other three wives, Meri Brown, Janelle Brown and Robyn Brown.

However, the Brown patriarch admitted he wasn’t thrilled with the idea and argued he could use the money from Christine’s home to pay off the family’s Coyote Pass property.

“I assume that what we’re doing is splitting all of our assets, the house, the land, everything that we’ve got. 50/50,” Kody said in a confessional. “Which is funny, ’cause she’s already sold off some of the stuff that was ours.”

After Christine noted that the house is only in her name, Kody explained there’s a legal reason why he’s not on the deed.

“In plural marriage, there’s a tendency for the wives to own the assets because if dad goes to jail for cohabitation, they’re gonna take all the property,” he said. “Christine’s walking away with her money from this house in this deal. She’ll be able to buy another house. Janelle can’t do anything on Coyote Pass until we pay it off.”

Meanwhile, Christine broke down the way she sees things in a confessional. “If you split everything 50/50, that means I get 50 percent of everything that he has — all of his property,” she said. “That means his and Robyn’s house, too, if he wants to go down that road and split it that way. That doesn’t make any sense.”

“Let’s just make it clean and easy — I get the house, you can have the property,” the mother of six concluded.

As she prepared to move from their house in Arizona to her home state of Utah, Christine asked Kody to remove his belongings from the garage. “If I had not boxed Kody’s stuff up, out of my bedroom and moved it to the garage, he would have never gotten to it,” she said. The reality star later added, “My goal is to get rid of as much stuff as possible and move with less stuff.”

However, Kody hinted he was delaying the move because it was an emotional process for him. “Christine’s been hassling me for months to get my stuff out of her garage. I’m busy. I’ve got work to do, and now she’s put this big thing on my plate. I don’t know what to do,” he said.

Christine announced her split from Kody in November 2021. “After more than 25 years together, Kody and I have grown apart and I have made the difficult decision to leave,” she wrote in a statement via her Instagram account. “We will continue to be a strong presence in each other’s lives as we parent our beautiful children and support our wonderful family. At this time, we ask for your grace and kindness as we navigate through this stage within our family.” 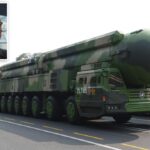 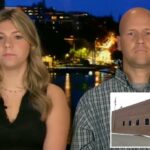