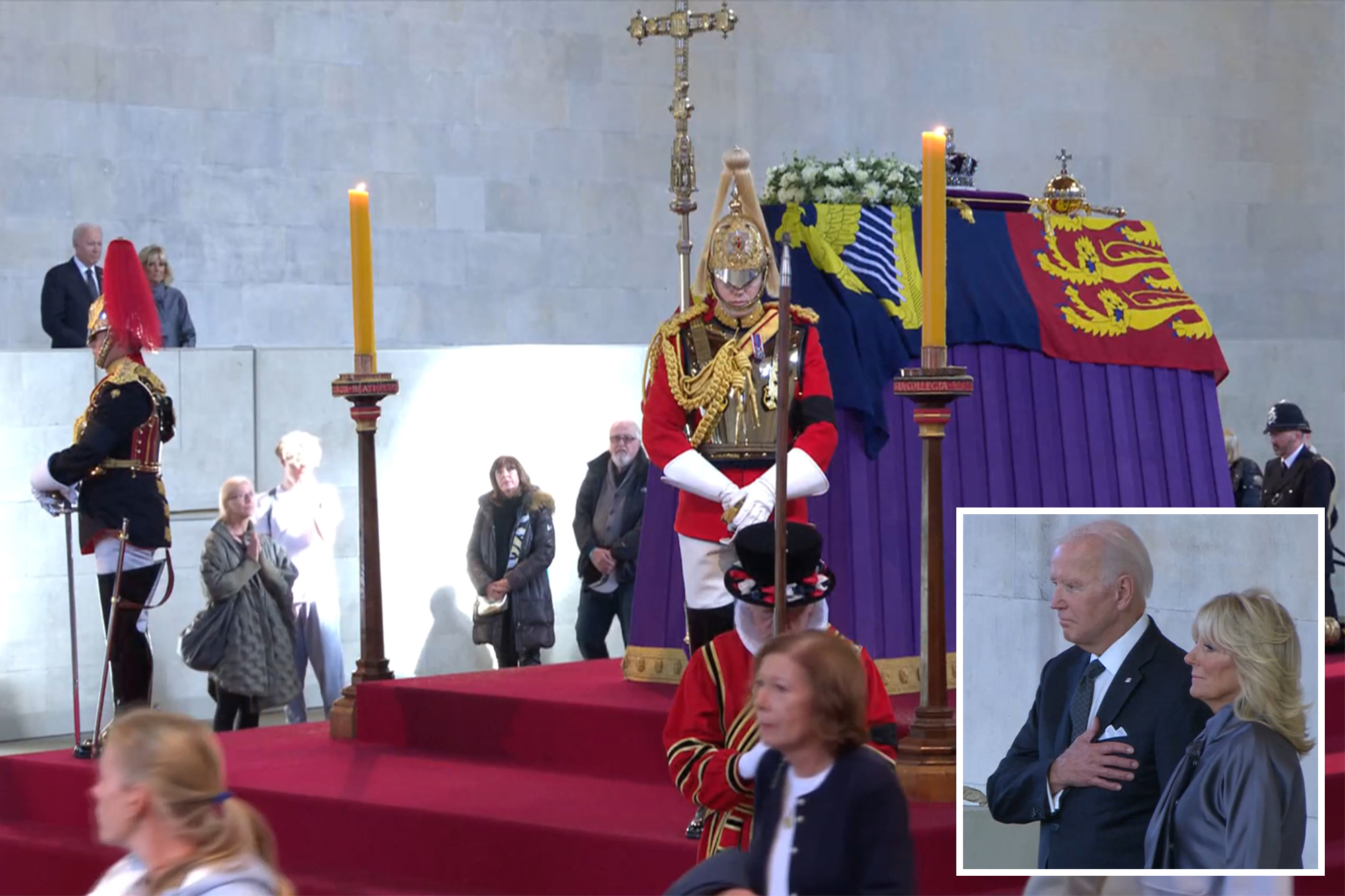 President Biden and First Lady Jill Biden paid their respects to Queen Elizabeth II on Sunday, visiting her coffin in London’s Westminster Hall, where she is currently laying in state.

Tens of thousands of people have cycled through to say their final goodbyes while the queen’s coffin is on display in Westminster Hall, although Biden did not have to wait in the up-to 24 hour lines that many Brits have been enduring.

Biden, 79, made the sign of the cross when he arrived and placed his hand on his heart while paying his respects.

The president was filmed on a balcony overlooking the late monarch’s coffin, joined by the first lady, as visitors continued to enter the hall below.

The president and first lady arrived Saturday to London, where they will stay until Monday for the queen’s funeral at Westminster Abbey.

The Bidens will also sign the official condolence book for the queen in Lancaster House Sunday, and then will go to Buckingham Palace for a reception of dignitaries hosted by King Charles III.

Around 500 royals and heads of state and government from around the world have been invited to the funeral for Elizabeth, who died Sept. 8 at 96 after reigning for 70 years.

Prince William and his wife Princess Kate will be at that reception, but Prince Harry and Meghan Markle will not be in attendance, after they were apparently uninvited — something they only found out in press reports. King Charles III has said only working royals are invited to the event.

Biden, French president Emmanuel Macron and the Canadian prime minister Justin Trudeau are among the heads of states who are expected to attend the reception, hosted by Charles and Queen Consort Camilla ahead of the Queen’s funeral on Monday.

Guests will also be greeted by the Prince and Princess of Wales, the Princess Royal and the Earl and Countess of Wessex at the Buckingham Palace reception.