Making bank! The stars of the hit TLC show Extreme Sisters each have impressive net worths and are sure to grow their bank accounts thanks to season 2, premiering on Monday, January 23, 2023, at 9 p.m. ET/PT. Keep scrolling to find out how much money they make, their salaries and more.

Twin sisters Christina Manning and Jessica Dunagan each have a net worth of $400,000, according to multiple reports. They are said to receive anywhere from $10,000 to $30,000 per episode of Extreme Sisters.

Anna and Lucy DeCinque, who are self-described as the “most identical twins in the world,” have a reported net worth of $1 to $5 million. Like Christina and Jessica, Anna and Lucy are also paid for appearing on the show and make anywhere within the aforementioned bracket, according to multiple reports.

How Do Extreme Sisters’ Christina and Jessica Make Their Money?

In addition to their roles in seasons 1 and 2 of TLC’s Extreme Sisters, both Christina and Jessica work as intuitive life coaches. Christina often takes to social media to promote her work as a coach, teasing followers with the opportunity to sit down with her during an “intention circle” as part of Girl’s Night Live.

“Each participant will join the middle of the circle & we will spend time blasting energy towards your intention,” Christina wrote of the October 2022 event. The Extreme Sisters star also holds tarot card readings for $35 each, and regularly hosts workshops for those interested.

In addition, Christina offers 15, 30 and 60-minute Zoom sessions for clients interested in working with her as an “intuitive breakthrough coach.” She charges $135, $250 and $480 respectively for sessions. Fans can also pay her for Cameo messages, which start at $8 and go all the way up to $210.

As for Jessica, she works with clients to help them “connect” with their “future” via her professional website. She charges $135 for a 15-minute Zoom session, $225 for a 30-minute Zoom session and $400 for a 60-minute Zoom session. Like her sister, Jessica also uses Cameo and charges fans anywhere from $5 to $210 for personalized videos. Together, the sisters cowrote a cookbook which can be purchased at Barnes & Nobles entitled, Charge Your Food, Change Your Life. The reiki cookbook costs about $40.

How Do Extreme Sisters’ Anna and Lucy Make Their Money?

In addition to their TLC paycheck for each episode of Extreme Sisters, twins Anna and Lucy are social media savvy. Not only do they share beauty, fashion and lifestyle tips on their 108,000 YouTube followers, but they capitalize on their always-matching outfits by selling their clothing on retailer site Depop. Like other TLC stars, Anna and Lucy also use Cameo and charge anywhere from $10 to $200 for personal messages.

Anna and Lucy share everything, including boyfriend Ben Byrne, who works as an electrical mechanic. Though he is a twin himself, Anna and Lucy have made it clear that dating different men is not an option. 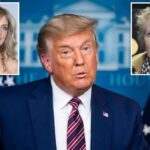 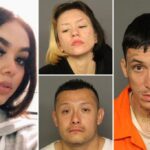