As most of the United States endures some bone-chilling temperatures this week, the FOX Forecast Center is also keeping an eye on a fall storm that will bring accumulating snow and heavy rain to parts of the country.

The action kicks off Monday in parts of the Plains, like in Oklahoma, Kansas and Texas, as an area of precipitation breaks out during the morning hours and moves eastward throughout the day.

Rain is expected across much of Texas from this storm system, where up to 2 inches of rain will be possible.

In addition, some severe thunderstorms could pop up in southeastern Texas and into southern Louisiana. Those storms will be capable of producing winds in excess of 60 mph with heavy rain and possible hail.

Temperatures will be cold enough, though, in the Texas Panhandle and Oklahoma to support a rain and snow mix.

Up to three inches of snow is possible in those areas, which will likely lead to difficult driving conditions as the snow falls and reduces visibility.

There is some good news, however. The storm will be fast-moving, and precipitation will likely move out of the area by late Monday.

And this snowfall is uncommon for this part of the country at this time of year, as most cities typically see an average of less than one inch of snow in November.

Many areas could see the first measurable snow of the season from this fall storm system.

By the time we get into Tuesday, the storm system will begin to speed up as it heads east and will quickly move through the Mississippi and Tennessee valleys, likely to reach the Southeast by about mid-day.

On the warm side of the storm, the FOX Forecast Center expects widespread rain across the Southeast.

However, the speed at which the storm will move through the region will keep rain totals to about one inch.

But on the cold side of the system, snow will slide into the Upper Midwest and Great Lakes region.

That area will already be under the influence of another storm system at that time, and this storm will only enhance the ongoing snow.

The storm system will sweep into the Northeast and mid-Atlantic by Wednesday as an area of low pressure develops off the East Coast.

The I-95 corridor will see all rain from this storm, and that precipitation could be heavy at times.

The Wednesday morning commute will likely be impacted, and several inches of highly beneficial rain will help to ease some of the drought conditions being experienced in the area.

But snow will also be a concern in the higher elevations of the Adirondack, Green and White mountain ranges in the Northeast and northern New England.

That means some of those areas could see their first measurable snow of the season.

The system should move offshore by Thursday, with only some rain and snow showers lingering in parts of the region. 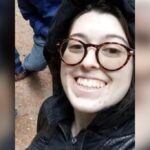 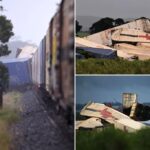