A masked carjacker was shot dead by his intended victim after she managed to grab one of his cohorts’ guns during the botched armed robbery in Las Vegas, according to cops.

The victim and another woman said they had been in a parked car last month when another vehicle pulled up and blocked them in — with three screaming gunmen jumping out and pointing weapons at them, according to police reports obtained by local outlet KSNV.

One of the attackers yanked the driver out and then jumped into the car. He attempted to zoom away — but struggled to get the push-to-start vehicle started, the police report said.

As he focused on getting the motor going, he rested his gun on his lap — which the victim snatched through the open window before running away.

One of the gang gave chase — just to get fatally shot in the head as he tackled her. Another repeatedly fired at her as she ran for her life, the report said.

After hiding in a nearby yard, the woman came out with her hands held up soon after police arrived and found the ski mask-wearing carjacker bleeding profusely from the head, KTLA said.

The man — who was not identified in the reports — was pronounced dead at the scene.

The woman was put into handcuffs but told she was not under arrest, Fox5Vegas reported. Her story was corroborated by witnesses, the police report noted.

The deadly drama happened Nov. 19, but only emerged after one of the suspected would-be carjackers, 18-year-old Jaylin Morrison, was busted recently.

He was IDed by a friend of the dead man, with cellphone records then linking him to the scene, according to reports.

During his arrest, police allegedly found three guns in his apartment — including a Glock .45 with ammo matching that left at the shooting scene, the reports said.

Morrison was booked into Clark County Detention Center on $50,000 bail. He is facing charges of first-degree kidnapping, attempted robbery, burglary with a deadly weapon and conspiracy to commit robbery, KSNV said. His next court appearance is scheduled for Dec. 20.

Another person inside the apartment when Morrison was arrested told detectives he had been in the car with Morrison during the carjacking, the reports noted. However, that person was not identified and it was not immediately clear if they were also arrested and charged. 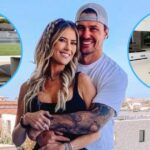 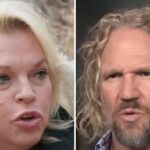