In a teaser clip for the Tuesday, December 27, episode of the show shared by TLC’s Instagram, Zach, 32, asked Chris, 60, if he was still leading public tours at the family farm while having dinner with Zach’s mom, Amy, and his wife, ​Tori Roloff.

“I wanted to ask you about that,” Chris hesitantly told Zach. “They’re reducing the number of wagon tours down to three and I’ll be doing one just for a couple hours a day. And Matt [said] that he might want to … open it up to private tours if anybody wanted to sign up.”

After Chris asked the father of three if he was still leading the private tours, Zach said that he wasn’t. “No? Would you hold it against me if I…” Amy’s husband began before Zach chimed in, “No, dude.”

The real estate agent admitted he didn’t want to “tick [Zach] off,” though Zach insisted he wasn’t upset that Chris took over the role.

“Well, fortunately, Zach handled it well when I asked him about … if he was all right with me doing private tours because that was his thing there on the farm,” Chris said in a confessional. “And he seemed to be all right with it, which I’m glad because that would’ve put me in an awkward position.”

However, the soccer coach revealed that he was more upset than he originally let on in his own confessional. “Private tours was a good job. Met a lot of cool people and I felt like I was good at it,” Zach explained. “Yeah, it was a nice thing. It was fun when it lasted, but it’s over now.”

“There’s a big demand for private tours. I know that. And yeah, when I stepped away from them, my dad kind of just wrote it off,” he continued. “But my dad bringing back private tours, trying to sell it off like it’s the same thing as me doing private tours. I don’t know. I just … I don’t care really.”

Matt, 61, hired Chris to lead the private tours amid his feud with Zach over Roloff Farms.

After previously sharing that it was his dream to pass down Roloff Farms to his children Zach, Jeremy, Molly and Jacob, the Against Tall Odds author seemed to have a change of heart when Zach made an offer on the property in 2021. Fans watched the pair negotiate during season 22, though Zach’s offer was eventually turned down.

Once it became clear that Zach and Tori, 31, would not be ​able to buy the property, they moved away from his family in Portland, Oregon, to Battle Ground, Washington, in October 2021.

The Roloff patriarch later decided to put 16 acres of the farm on the market, which included the home he and Amy, 60, raised their kids in May 2022, In Touch confirmed at the time. However, Matt took down the sales listing in October before announcing his plan to convert the family’s longtime house into a rental property. 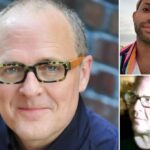 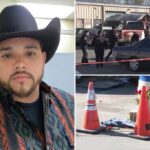