​President Xi Jinping declared on Sunday that it is up to the Chinese people whether to reunify Taiwan, insisting that Beijing will never “renounce” using force to do so and will not back down in the face of international “interference.”

Speaking at the opening ceremonies of the ruling Communist Party’s 20th National Congress, Xi emphasized China’s resolve to unify the self-governed island that Beijing considers a part of its sovereign territory.

“We persist in striving for the prospect of peaceful reunification with the greatest sincerity. However, there is no commitment to renounce the use of force and the option to take all necessary measures is retained,” he told the more than 2,000 delegates​ in the two-hour address.

“This is directed solely at interference by outside forces and a few separatists seeking Taiwan independence,” he continued.

Xi, 69, the most powerful Chinese leader since ​Mao Zedong, is expected to be handed a third five-year term as a general secretary of the Communist Party at the end of the week-long gathering. ​

China has been asserting its influence in the South China Sea and has ​ramped up its efforts to intimidate Taiwan by flying jet fighters and bombers near the island. ​

In August, China staged war games in the region when House Speaker Nancy Pelosi became the highest-ranked US official to visit the island in a quarter century.

Taiwan said in a statement that it will not back down on issues of its sovereignty.

​”It is the consensus of the Taiwanese public that territorial sovereignty, democracy and freedom cannot be compromised, and military confrontation must not be the option for both sides of the Taiwan Strait,” ​Chang Tun-han, a presidential spokesman, said in the statement.

“The national security team is closely monitoring the situation and will continue to pay close attention to subsequent developments,” ​h​e said​. 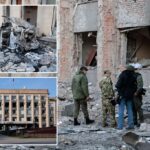 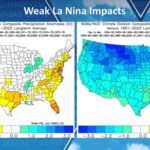