Chinese President Xi Jinping was caught on video dressing down Canadian Prime Minister Justin Trudeau Wednesday for allegedly leaking details of their closed-door meeting at the G20 summit in Indonesia.

The footage, published by Canadian media, shows the two leaders engaged in a heated discussion via translators on the sidelines of the meeting of world leaders in Bali.

​”​Everything we discussed has been leaked to the paper,” a visibly frustrated ​Xi ​told Trudeau. “That is not appropriate, and we didn’t do it that way.”

“If there is sincerity, we can communicate well with mutual respect, otherwise the outcome will not be easy to tell,” Xi added.

Trudeau responded that Canada believes in “free and open and frank dialogue,” adding that he is willing to work constructively with Xi, but that “there will be things we will disagree on.”

​​”Let’s ​create the conditions first,” Xi shot back before shaking Trudeau’s hand and walking away. ​

The rare display of public displeasure by Xi likely referred to media reports that Trudeau raised “serious concerns” during their face-to-face talk Tuesday about allegations that China was interfering in Canadian elections. ​

Trudeau told reporters that “not every conversation is going to be easy.”

“And I won’t shy away from being open with Canadians, even as we discuss important and sometimes delicate subjects​,” the prime minister added. ​

Relations between Ottawa and Beijing have been strained since Canada arrested Huawei Technologies executive Meng Wanzhou ​in 2018 on behalf of the US government and China arrested two Canadian citizens that same year on espionage charges. ​

The two Canadians were released in a swap deal brokered by Canada, China and the US in 2021 for Meng. 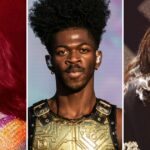 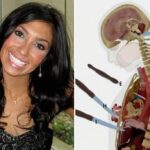