Two Wyoming college wrestlers were left bloodied and severely battered by a large grizzly bear that attacked them as a day of antler hunting was coming to a close over the weekend.

A group of four wrestlers from Northwest College spent Saturday at the Shoshone National Forest in the Cowboy State when sophomores Kendell Cummings and Brady Lowry split from the group to search for sheds near the end of the day, according to KSL-TV.

“I saw bear crap all over, and I looked at Kenny (Cummings) and said, ‘There is a grizzly bear here,’” Lowry told the television station.

“And right after I said that, the bear came out of the willows. It was thick. It came at me and charged me and tackled me off this cliff into this gulley and was going at me for a little bit.”

The ferocious animal broke Lowry’s arm as it shook the college kid around.

Cummings reportedly sprang into action and tried to get the bear’s attention so the animal would leave his friend alone. Eventually, he kicked the bear and pulled its hair which resulted in the bear chasing and eventually pouncing on him, KSL reported.

“It tackled me, chewed me up a bit, and then when it was done, it wandered off, and I started calling out for Brady to make sure he was alright,” Cummings told the outlet as he laid in a Montana hospital bed.

But then the bear came back for more.

“The bear circled back around, and it got me again, chewed on me, and that’s when it got my head and cheek. And then it went away again for whatever reason,” Cummings added, according to KSL.

When all four wrestlers eventually found each other, the group started to make their way off the trail with August Harrison and Orrin Jackson taking turns carrying Cummings, according to Fox News Digital.

“He was just drenched in blood coming down the hill everywhere,” Harrison said of Cummings.

The Wyoming Game and Fish Department said in a press release another hunter also helped the four college students reach the trailhead where they met first responders. One wrestler was airlifted by helicopter to an area hospital while the other was taken to a hospital via ambulance.

An investigation into the attack is ongoing, game and fish officials said.

Cummings and Lowry, who was released from the hospital Monday, will sit out from wrestling for a while as they recover, though Harrison and Jackson are expected to compete right away, according to Fox News.

Northwest’s wrestling coach told Fox News that Cummings could be released from the hospital later this week, “but with drainage tubes.”

“There’s real serious puncture holes and wounds. He took a lot of staples to his head and also (there’s) some cosmetic surgery for his cheek,” coach Jim Zeigler said.

Northwest College is located in the city of Powell in Wyoming. 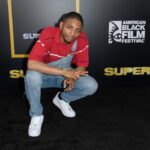 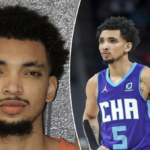