An Iranian hermit who had been unofficially dubbed the “world’s dirtiest man” after not showering for some 60 years has died at age 94, state media reported.

Amou Haji – not his real name, but an endearing nickname given to elderly people – reportedly died Sunday in the village of Dejgah.

Haji, known for his grime-covered skin and matted hair, abstained from washing because he believed soap and water would make him sick. He lived in isolation for most of his life in an open brick hut, which villagers made after he started sleeping in a hole in the ground.

Locals attributed Haji’s eccentricity to “emotional setbacks” in his youth. In 2014, the Tehran Times reported that Haji also avoided fresh food, opting instead for rotted porcupine, and smoked a pipe of animal excrement.

According to the Daily Mail, Haji’s story was the subject of the 2013 short documentary “The Strange Life of Amou Haji.”

In the end, it is possible that Haji’s concerns were somewhat warranted. Just a few months before his death, village officials reported, “villagers had taken him to a bathroom to wash.” It is unclear if the cleaning effort was successful.

After Haji’s death, the “world’s dirtiest man” title is now up for grabs.

The Guardian speculated Kailash “Kalau” Singh, an Indian who had not showered for more than 30 years as of 2009, might be a frontrunner for the bizarre honor.

Speaking to the Hindustan Times several years ago, Singh said his lack of hygiene was an attempt to help “all the problems confronting the nation.” Neighbors argued the then-63-year-old man, the father of 7 daughters, was actually abstaining from cleanliness in the hopes of having a son. 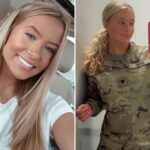 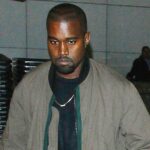