MOSCOW, Idaho — The boyfriend of one of the four murdered University of Idaho students has been left bereft ahead of a holiday weekend the young lovebirds were supposed to share together.

Jake Schriger’s “world has been turned upside down,” according to his mom, after Madison Mogen, 21, was brutally killed in a senseless knife attack Sunday night.

Stacy Schriger added to The Post: “Her and Jake were like peanut butter and jelly,” saying she had been looking forward to seeing Madison next week.

“We were expecting her for Thanksgiving,” Schriger said adding the slain co-ed was like part of her family. “Whenever we talked on the phone, she always said I love you.”

Stacy, of Post Falls, Idaho, described the college student as “the most beautiful person, inside and out.

“She was motivated and made things look easy. She was a beautiful young lady.  All of the young adults involved in this were amazing young people.”

The quadruple stabbing also took the lives of Madison’s roommate Kaylee Goncalves, 21, and their friends Ethan Chapin, 20, and Xana Kernodle, 20, who were also a couple.

Authorities first said they believed the attack was “targeted” and there was no immediate threat to the local community — but later backtracked.

Now, the FBI, the county sheriff and state police are part of the search.

The coroner confirmed Thursday the manner of death for all four was homicide by stabbing. Police have previously said the stabbings took place in the early hours of the morning and noted there were no signs of forced entry to the home.

It has also been confirmed two roommates, Bethany Funke and Dylan Martensen, were upstairs at the time of the murders, although cops have said neither is under investigation and the surviving friends have been cooperating with the investigation.

Neighbors told The Post on Thursday the six people who shared the house were quieter than their rowdy collegiate neighbors.

The group of students would have small parties, but they were usually quiet by 10 pm, Heather Tetwiler, 22, said. They would sit on the patio around a fire, drink beer, and listen to music and she said she sometimes saw small groups of people in the kitchen.

Police said Wednesday a 911 call wasn’t made until hours later, but could not give a reason Tetwiler said she and her boyfriend, Dakota Sparks, saw nothing out of the ordinary the night of the murder.

“For us it was shock. We wondered if we had just turned our heads and looked, could we have helped?” she said.

Sparks, 21, added: “I didn’t go to bed until two or three and I didn’t hear anything,” while also noting all was quiet when he left the house at 11:45 the next morning, just minutes before the police were alerted to the crime. 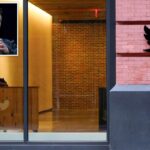 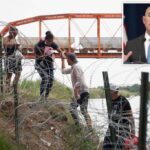