Bells rang out over Jerusalem and the Palestinian territories and in cities the world over as leaders from Japan to Russia praised the late Pope Emeritus Benedict XVI, who died early Saturday at age 95.

“The human family grieves the passing of this erudite, wise, and holy man, who spoke the truth with love. … The family of the Church especially mourns his death, while grateful for the gift he was of a good shepherd and Holy Father.”

Dolan said the archdiocese had fond memories of the pope’s visit to New York City in 2008.

“I personally sense the loss as he was so encouraging, and appointed me Archbishop of New York and nominated me a Cardinal. Faith and reason, the legacy of Pope Benedict XVI, whom we remember with reverence, love and gratitude.”

Benedict XVI died at 9:34 AM local time in the Mater Ecclesiae Monastery in Vatican City. Reaction to his was immediate all over the world.

During Benedict’s papacy, full diplomatic relations were established between Russia and the Vatican, and relations built between the Russian Orthodox and Roman Catholic churches.

Poland’s President Andrzej Duda said on Twitter that the Benedict’s teaching was a “guide post among the many winding and deceptive paths of contemporary world.”

Japan Prime Minister Fumio Kishida cited what he called “the great contributions” Pope Benedict made toward world peace, mentioning in particular a message Benedict sent after the 2011 tsunami and Fukushima nuclear disaster that greatly uplifted the people of Japan.

Ireland’s President Michael D. Higgins said, “at this time of the return of war on our continent and in so many areas of the world, he will be remembered for his untiring efforts to find a common path in promoting peace and goodwill throughout the world, including a steadfast interest in peace in Northern Ireland.”

In Rome, Italy’s President Sergio Mattarella said his country is grieving the loss of “his sweetness and his wisdom [which] had benefited our community and the entire international community.” 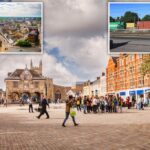 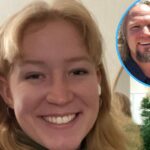