A ground worker who was fatally injured on the ramp of a regional airport in Alabama was “ingested into the engine” of an American Airlines jetliner parked at the gate, officials said.

The worker was sucked into the Embraer 170’s engine about 3 p.m. Saturday at Montgomery Regional Airport, where it had its parking brake set, the National Transportation Safety Board told Insider.

The flight from Dallas was operated by Envoy Air, a wholly owned subsidiary of American Airlines Group.

The airport said the victim worked for Piedmont Airlines, another American regional subsidiary, but did not provide further details.

“We are saddened to hear about the tragic loss of a team member of the AA/Piedmont Airlines,” the airport’s executive director, Wade Davis, said in a statement.

“Our thoughts and prayers are with the family during this difficult time,” he added.

In a statement, American Airlines said it was devastated by the incident.

“We are focused on ensuring that all involved have the support they need during this difficult time,” the company said, declining further comment during the ongoing investigation.

The NTSB and the Federal Aviation Administration are conducting the probe.

When a jet engine is operating, the air getting sucked into the intake can cause a low air pressure area that can pull nearby people into the rotating blades.

When parked, cones are placed near the engines to mark the boundaries of the hazard areas, the exact sizes of which are provided in the plane’s operating manual, according to High Sky Flying.

For example, the hazard area for an Airbus A320 is 14 feet in front of and on the sides of the engine inlet, according to the site.

It is rare for ground personnel to be sucked into engines because they are trained about the dangers and how to stand clear of them.

The dead ground worker has not been identified and details of the accident have not been released.

The NTSB did not immediately respond to a request for comment. 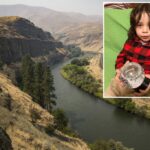 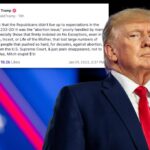 Trump says 2022 midterms not ‘my fault,’ pushes blame on McConnell