A group of white women was accused of upholding “white supremacy” — because they expressed shock over a racist encounter involving a black Lyft driver, scenes from a new documentary show.

The “Deconstructing Karen” film centers around the white women as they attend a dinner party in Denver, Colorado that’s hosted by Race2Dinner co-founders Regina Jackson and Saira Rao.

Jackson, who is black, and Rao, who is is Indian American, launched their dinner-party venture in early 2019 as a way to inform white women how they are racist — often charging the groups $2,500 a pop.

The documentary, which aired on Canada’s CBC network Friday, filmed one of the events and promoted it as the “wildest dinner party of their lives.”

At one point during the dinner, Rao told the guests how a black Lyft driver in Charleston, South Carolina once told her to put her hands up and not make any trouble if they happened to be pulled over by police.

“He actually told you that? Oh God. That’s insane,” one of the shocked guests said.

“That’s the way he lives. That’s his reality,” Jackson hit back.

When the guest clarified she didn’t mean the driver was insane but rather the situation, Rao jumped back in and asked the group of white women to “stop acting shocked” because of was “part of white feminism.”

“When people of color trust you enough to tell you their story, believe us without expressing shock because when you express shock, it pushes you away from the blame,” Rao continued.

The guest hit back saying Rao’s justification made her “very angry.”

Jackson then backed her co-host’s stance, telling dinner guests that she doesn’t “expect a damn thing” from white women because they’ve never done anything for her.

“I expect nothing of you because you have never given me anything,” Jackson said. “I can’t trust you.”

One guest then questioned how they could come together when Jackson expressed such sentiments, asking: “If we had a real heart-to-heart, you’d still never trust me?”

When the guest doubled down and asked if she’d ever trusted a white woman throughout her life, Jackson responded: “Let me put it this way, the ones I have trusted have come back to disappoint me.”

The “Deconstructing Karen” documentary bills itself as delivering “some cold, hard truths” to white women as a way to “inspire” them to “acknowledge their own racism and complicity in white supremacy.” 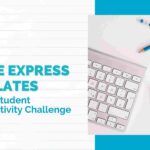 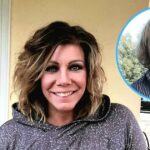 Meri Brown on ‘Adventuring’ Amid Kody Drama: ‘Love This Life’