A homeless woman has been charged with the murder, rape and torture of a 12-year-old Paris girl, who was found stuffed inside a suitcase with her throat slashed – and the numerals 1 and 0 bizarrely placed on her chest.

Dahbia B., 24, originally from Algeria, was indicted Monday in connection with the grisly killing of Lola Daviet, 12, whose mutilated body was found with her hands and feet bound with tape, the Mirror reported.

Chilling surveillance video from Friday shows the alleged killer and Lola near the building where the victim lived with her parents, Delphine and Johan Daviet, who reported her missing about 4 p.m. that day.

“Lola knows that on Fridays you go straight home because we go to Béthune, the family village, a three-hour drive north of Paris,” Delphine said, according to the outlet.

The father, who is a caretaker in their building, decided to check the footage of their building in the city’s 19th arrondissement and noticed their girl entering the building with a stranger.

On Facebook, Delphine wrote that Lola was “last seen in the company of a girl we don’t know, in our residence.”

Tragically, the girl’s mutilated body was discovered about 11 p.m. Friday by a homeless man several streets away from the family’s home.

She was found bound and gagged inside the suitcase with the numbers 1 and 0 on her chest.

Witnesses told local media that the suspect entered the building alone then “came out, half an hour later with a large, very heavy suitcase.”

One person said: “She asked everyone she met to help her carry it. She seemed a little crazy. At one point she left the suitcase in front of a cafe, she came and went, went in and out, we wondered what was inside her but we would never have thought of a body.

“Then she went to the bakery in front of the cafe to buy a croissant, she came back like it was nothing, she looked a little unsteady,” the witness said.

A law enforcement source said evidence suggests that Lola had been tortured, raped, strangled and slashed across her throat in her building’s basement, the Mirror reported.

Lola reportedly died of asphyxiation following the brutal attack, according to a post-mortem exam.

Local news outlet BFMTV reported that the numbers were “placed” on her body, not drawn or scraped on her skin.

It is unclear what the numbers mean.

“The suspect is believed to suffer from serious psychological problems. She was living on the street, but had friends and family in the Paris area,” the source reportedly said.

Dahbia was arrested Saturday at her sister’s home in the northern suburb of Bois-Colombe, the news outlet reported.

According to BFMTV, a man in his 40s also was also arrested on suspicion of helping the alleged killer carry the girl’s body. 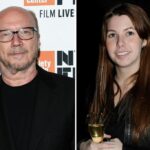 Civil rape trial against Paul Haggis to begin this week 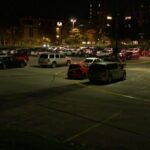