“This is downtown San Francisco, Monday morning at 9:20am,” tweeted Michelle Tandler, founder of professional development firm Growth Path, earlier this week, along with a series of images showing nearly empty streets with few cars or people.

On Friday, she posted a video of the city center and wrote: “Historically these streets were bustling with office workers. Now, they are virtually empty.”

A recent report by the security firm Kastle showed just 39% of downtown San Francisco workers occupied as of late last month, despite mask mandates being lifted in March, according to CaliforniaGlobe.com. Prior to the COVID-19 pandemic outbreak two years ago, city office occupancy was constantly at or near 100%.

Tandler and others fear many big firms won’t renew their office leases, devastating small businesses and destroying the local economy.

“I don’t think San Francisco government has fully grasped how problematic this is,” she added on Twitter. “Either that, or they just don’t care.

“When these leases come up, companies are going to downsize or leave. These buildings rely on rent. The landlords pay $$$ in taxes”

Mayor London Breed has worked with local businesses to lure workers back to downtown, and distributed $40 million to small businesses to help them survive, the California Globe reported. 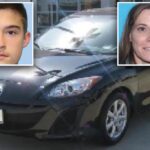 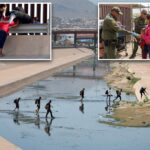