Former Wizards of Waverly Place star Dan Benson has been keeping busy since appearing on the Disney Channel show as an OnlyFans creator. Keep scrolling to find out what he’s been up to since his last appearance on the series in 2012.

Is ‘Wizards of Waverly Place’ Alum Dan Benson on OnlyFans?

Dan launched his OnlyFans page in 2022. Subscribers can view his content, which includes nudity, for $20 a month.

Why Did Dan Benson Start Making Content on OnlyFans?

Dan opened up about his decision to pursue a career in adult entertainment in a TikTok video shared on January 7.

“Basically, when I was on the show Wizards of Waverly Place, I would get messages from people all the time, some of those being women that I found incredibly attractive,” he explained in the clip. “Turns out, messaging those women, who turned out not to be who they said they were, was not the best idea, because I would send nude photos to them , and they would take those nude photos and then post them onto online websites.”

The Missouri native explained that the photos ended up “all over the web,” adding that the experience was “pretty traumatic.”

Dan went on to say that he tried to have the photos removed from online. “But, as you can imagine, that was a pretty difficult task,” he shared. “I ended up almost losing my job later in life because of that after I kind of retired from acting.”

Despite originally viewing the experience as “negative,” Dan explained that he made the most of the situation. “I decided to stop fighting against it and instead, go the other direction and completely lean into it and build out a page instead of letting these people sell my privacy,” the Killing Diaz star stated. “So I started that adventure last year.”

Dan added that he has enjoyed his time on OnlyFans so far. “I’ve been having a tremendous amount of fun,” he noted. “I’ve met a lot of really great people in the adult entertainment industry, and it’s changed my life for the better.”

What Has Dan Benson Acted In?

He is best known for guest starring as Zeke Beakerman on Wizards of Waverly Place, which starred Selena Gomez, David Henrie and Jake T. Austin, from 2007-2012.

Dan’s other acting credits include guest appearances on Phil of the Future, American Dreams, Zoey 101, Private Practice and Smoky Knights.

His last acting credit was as Alexandre Becquerel in the 2018 film Killing Diaz. 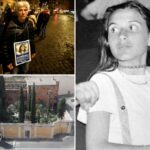 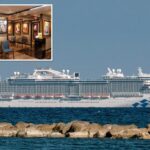 Princess Cruises passenger says she got HIV after being raped