“While addressing a concern that a student had said the ‘n word’ [sic] to another student, I asked a clarifying question in which I stated the full word,” Anne Nichols, the former equity coordinator at McFarland High School in Madison, wrote in her resignation letter, which was obtained by Empower Wisconsin. “While I immediately recognized my mistake and apologized, I acknowledge the impact that hearing this word can have.”

“How do we fix this?” Wreh told WMTV. “How do we help these kids be successful? I have said this before, and I’ll say this again: These kids are our future. They are the next leaders of this world, and we owe it to ourselves, and we owe it to them to make sure they feel safe and feel respected, and they are given the best chance to be successful.”

McFarland Principal Jeff Finstad and Associate Principal Sarah Busalacchi wrote an email to parents addressing the incident, making clear the district does not tolerate the use of racial slurs.

“We also want to reiterate that the staff at McFarland High School and the District does not tolerate the use of racial epithets or slurs or any type of harassment based on race,” the email, which was also obtained by Empower Wisconsin, reads. “Those are words that should not be spoken at MHS by anyone at any time while attending MHS.”

Nichols, who said in her resignation letter than she had been in education for 33 years and had not used a racial slur in her previous three decades on the job, ran the McFarland district’s equity program. The school’s website has a page devoted to the program, including a link to “anti-racism” resources, which it states is aimed at “countering racism in our community.”

“For many of us, an important step in beginning these conversations is recognizing that systemic racism is entirely different from openly hostile bigotry,” the page reads. “Another important idea to consider is that systematic racism hurts all of us, not just the people who are marginalized by these systems.”

McFarland Superintendent Aaron Tarnutzer said the district will now turn its focus to finding a permanent replacement for Nichols, hiring an interim associate principal for the remainder of the school year with the hopes of making a permanent hire in the spring.

The McFarland School district did not immediately respond to a Fox News request for comment. 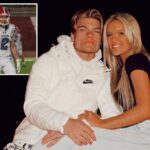 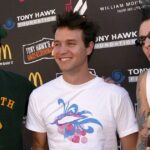 How Much Money the Band Makes