Six Wisconsin family members were all shot in an apparent murder-suicide before their bodies were charred in an apartment fire last week, according to police.

The relatives, four children and two adults, were found dead after their Hartland apartment went up in flames shortly after 5 a.m. Friday, police said.

The new development in their deaths was revealed Monday by Village of Hartland Police Chief Torin Misko, who said during a press conference that all six family members were found with a single gunshot wound.

Connor McKisick, the father and stepfather to the children, suffered from a self-inflicted gunshot wound, Misko said.

The wounds of the other five members of the blended family are still being investigated, he noted.

Additionally, there was an “ignitable liquid” in the tiny apartment where it usually would not be, Misko said during the press conference streamed by Fox 6 Milwaukee. Multiple firearms were recovered from the apartment, he said.

Misko said police believe the gunshots went off close to when the first responders received the call of the apartment fire at 5:11 a.m., Misko said.

Connor and Jessica McKisick, 14-year-old Natalie Kleemeier, 12-year-old Sofina Kleemeier and 3-year-old twin boys were all found once the flames were put out, WJDT reported.

“This is a tragic incident for the family of the deceased, our first responders and the Hartland community,” Misko said Monday.

No other person of interest has been identified, though the investigation by authorities continues.

Three other families living in the apartment complex have been displaced, officials said. 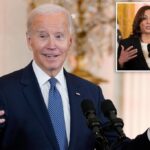 Biden calls Kamala Harris a ‘great president’ in another gaffe 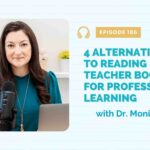