Tuesday could be the day the record-setting $1.9 billion Powerball lottery is won.

The winning numbers for the historic lottery jackpot will be announced “as soon as possible” after Monday night’s drawing was delayed, the Multi-State Lottery Association said, according to CNN.

It was not immediately clear what time the drawing would take place.

“Due to the length of the draw delay, it is likely that we will not know the official results of the Powerball drawing until Tuesday morning,” Powerball said in a media update.

“Like the rest of America, Powerball is eager to hold its drawing for the world record jackpot, however, protecting the integrity of the draw is of upmost importance, even if that means a further delay,” the organization said early Tuesday.

“Powerball has stringent security requirements to protect the integrity of the game and remains committed to holding a drawing that gives all players a fair chance to win,” the organization said.

“Once Powerball receives the outstanding submission, the drawing can proceed.”

During the 11 p.m. broadcast on Monday, lottery host Laura Johnson shared where ticket holders could check their results once they are made available.

“Because of a technical problem tonight, we are unable to bring you the Powerball drawing at this time. As soon as we are unable to resolve the issue and conduct the drawing, it will be available on Powerball.com.”

The winning numbers and recorded video of the drawing will be posted to the Powerball website and YouTube channel. Players should hold onto their tickets, the statement said.

There have been 40 consecutive Powerball drawings without a jackpot winner dating back to Aug. 3.

While no one has hit the pot of gold, plenty of customers have cashed in on prizes of $1 million or $2 million since then.

One ticketholder in Kentucky won a shiny $2 million on Saturday night and 16 others across the nation have won $1 million, including one lucky New Yorker.

The largest Powerball jackpot won to date was a grand total of $1.586 billion, and was shared between three ticketholders in 2016. The current jackpot is only the third time in US lotto history that winnings have surpassed that number.

The chances of winning the jackpot are 1 in 292 million. 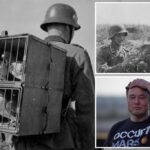 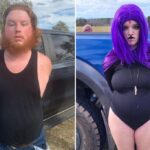