With 18 children, fans of Sister Wives would assume that at least one of Kody Brown‘s kids would live a polygamist lifestyle. However, it seems that the children, whom Kody shares with wife Robyn Brown and ex-wives Meri Brown, Janelle Brown and Christine Brown, are not particularly interested in having a plural marriage.

In fact, there are some children from the TLC show who refuse to be polygamists despite being raised in the Apostolic United Brethren (AUB), a sect of the Fundamentalist Church of Jesus Christ of Latter-day Saints (FLDS) or the Mormon religion.

While Kody felt a “divine calling” to practice polygamy, he recognizes that his children may not feel the same way. In a March 2020 episode of the hit reality series, Kody stated that he doesn’t think any of his children would be part of a polygamist relationship.

“I think the majority of them are oriented towards Christianity,” he told TLC. “I wanted to advocate faith for my children, but I’ve really set it in their place to make their choices about God and religion.”

Kody and his ex-wife, Christine, share their son, Paedon, and five girls, Aspyn, Mykelti, Gwendlyn, Ysabel and Truely. With ex-wife Meri, Kody shares child Leon. The patriarch and his ex-wife, Janelle – who was also the second wife to leave the former car salesman – share sons Logan, Hunter, Garrison and Gabriel as well as daughters Madison and Savanah. With Robyn, Kody shares two biological children, Solomon and Ariella. He also adopted her children from a previous marriage, Dayton, Aurora and Breanna.

Kody was spiritually married to all four of his wives and legally married to only Meri before divorcing her in 2014 to legally marry Robyn in order to adopt her children. In November 2021, Christine shocked fans when she announced her split from Kody after more than two decades together, making her the first wife to leave.

“After more than 25 years together, Kody and I have grown apart and I have made the difficult decision to leave,” the TV personality wrote on her Instagram account on November 2. “We will continue to be a strong presence in each other’s lives as we parent our beautiful children and support our wonderful family. At this time, we ask for your grace and kindness as we navigate through this stage within our family. With Love, Christine Brown.”

About a year later, In Touch broke the news that Janelle was leaving the patriarch after almost three decades of marriage, with a source exclusively revealing that she “outgrew” her husband. Just a few days later, Meri revealed during the Sister Wives: One on One tell-all that Kody had ended their spiritual marriage, leaving Robyn as the only wife left standing.

Keep scrolling to see Kody’s children’s stance on polygamy and what they have said about plural marriages. 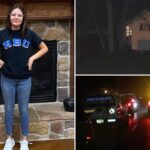 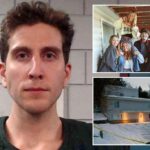