Leslie Jordan, best known for portraying Beverly Leslie in both the original and reboot of Will & Grace, died Monday, October 24, his rep confirmed to Page Six. He was 67 years old. No cause of death has been confirmed.

Leslie reportedly suffered a medical emergency Monday morning while driving in Hollywood and allegedly crashed his BMW into the side of a building, according to TMZ.

“The world is definitely a much darker place today without the love and light of Leslie Jordan. Not only was he a mega talent and joy to work with, but he provided an emotional sanctuary to the nation at one of it’’s most difficult times,” his manager said in a statement to In Touch. “What he lacked in height he made up for in generosity and greatness as a son, brother, artist, comedian, partner and human being. Knowing that he has left the world at the height of both his professional and personal life is the only solace one can have today.”

Leslie was a beloved television actor who had a successful career spanning decades in the entertainment industry, having appeared in a plethora of projects since his first credited role in 1986, including Call Me Kat, American Horror Story, Con Man, Baby Daddy, Raising Hope, Boston Legal, Boston Public, Reasonable Doubts, Hearts Afire and more.

This is a developing story. More to come… 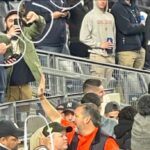 Cruz hits back at Yankees fans’ taunts with ‘scoreboard’ 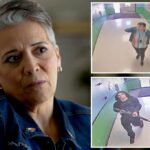