The wild weather from the “once-in-a-lifetime” winter storm battering the US left several passengers on a flight to Philadelphia vomiting from the turbulence.

Emergency crews rushed onto the American Airlines flight when it landed at Philadelphia International Airport at 8:45 p.m. Thursday to aid several travelers who reported being ill and vomiting, CBS Philadelphia reported.

One of the passengers aboard Flight 2528 from St. Thomas in the US Virgin Islands told the outlet that the captain announced there was a weather system forming around the plane.

“The captain mentioned there was a weather system forming around us,” they recalled.

“It was quite bad, and he requested permission to go up and down and that was denied. It was just really bumpy. It was just inconsistent. It was noisy from every direction.”

An airline representative confirmed in a statement that during the four-hour flight, the plane encountered “moderate turbulence.”

“The aircraft landed safely and out of an abundance of caution was met by first responders before taxiing to the gate,” the spokesman added.

According to the American Airlines rep, the seatbelt sign was on when the turbulence hit, reported 6abc.

The airline noted that none of the passengers required hospitalization.

The National Weather Service’s Aviation Weather Center has issued an alert flagging the presence of severe turbulence in the air over parts of New York, much of Connecticut, Pennsylvania and Maryland, all of New Jersey and Delaware. 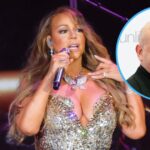 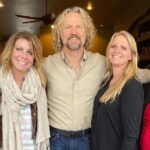 What Religion Are the ‘Sister Wives’? Polygamous Beliefs