It’s hard to believe that it’s been more than 11 years since America watched with bated breath as the jury made a decision about Casey Anthony‘s highly publicized murder trial. For those unfamiliar with the case, the now 36-year-old was accused of killing her then 2-year-old daughter, Caylee Anthony, who was reported missing in July 2008 by her maternal grandmother, Cindy Anthony. After Cindy had gone more than 31 days without seeing the toddler, she alleged that Casey’s car smelled like a dead body.

Of course, since the trial in 2011, many still have a lot of questions — including not only why Casey Anthony was acquitted, but how? Keep scrolling for the answers to some of the most common questions people have about the case.

Why was Casey Anthony acquitted?

In October 2008, Casey was charged with first-degree murder, just months before her daughter’s skeletal remains were found in a trash bag. One question that people still ask about this trial, though, is how did Casey Anthony get off? For those who may not remember, Casey was acquitted after being found not guilty of first-degree murder, aggravated manslaughter and aggravated child abuse — while she was found guilty on four counts of providing false information to law enforcement.

One juror, Jennifer Ford, told ABC News at the time, “I did not say she was innocent. I just said there was not enough evidence. If you cannot prove what the crime was, you cannot determine what the punishment should be.”

Who was Caylee Anthony’s father?

There has never been an official answer to who fathered the late child, though there have been many suspects when it comes to Caylee’s paternity, including Casey’s ex Jesse Grund. During the trial, Casey’s lawyer implied that Casey’s brother may have impregnated her. Cindy — Casey’s mother — has stated that the man who fathered Caylee died before the family made headlines, but to this day, her paternity remains a mystery.

Was Caylee Anthony ever found?

Sadly, in December 2011, Caylee’s remains were found alongside a blanket in a garbage bag in a wooded area near Casey’s home. At the time, duct tape was also discovered, but there are still debates about whether or not it was found near the skull or near the mouth of the child.

What was Caylee Anthony’s cause of death?

Though Caylee’s death was ruled a homicide — because of the presence of the duct tape — the official cause of death on the child’s autopsy was listed as “death by undetermined means” by the medical examiner. When Caylee’s body was found, it was only skeletal remains — making it harder to determine a potential cause of death.

Does Casey Anthony talk to her parents?

Casey has been estranged from her parents since the trial, which is understandable — considering, at one point during the trial, Casey claimed that her father sexually abused her as a child. When Casey spoke in a rare 2017 interview with the Associated Press about the claim, Casey’s parents said they were “hurt” by it. They released a joint statement, “After years of silence, Casey Anthony has decided to complete an interview and has once again pointed to George Anthony, her father, as a suspect in the disappearance and death of his granddaughter, Caylee.”

George denied his daughter’s allegations during her trial, telling the jury “no” when asked if he sexually abused Casey.

Despite the accusations, George revealed he’s ready to forgive her and move on. During an appearance on The Dr. Oz Show in 2019, he revealed he wrote a letter to his daughter seeking a reconciliation.

“I said, ‘Casey, no matter what, I’m still your dad and I love you,’” he said. “That was hard for me, but I needed to get that from me because you can’t move on if you keep on holding all these things inside, you need to be able to express yourself.”

Where is Casey now?

Today, Casey works for her own company. She launched a private investigation firm in Florida in December 2020, In Touch can confirm.

Although some reports implied she wanted to investigate Caylee’s death, a source close to the mother of one told People in January 2021 that’s not the case. “That’s a closed chapter in her life,” the insider divulged. “She’s not starting a company to get answers about Caylee.”

To this day, Casey’s case still haunts some jurors. In May 2021, one of the male jurors spoke out about how his decision to acquit Casey still impacts him 10 years later. “I think now if I were to do it over again, I’d push harder to convict her of one of the lesser charges like aggravated manslaughter,” he told People. “At least that. Or child abuse. I didn’t know what the hell I was doing, and I didn’t stand up for what I believed in at the time.”

As of 2022, Casey appears to still live in South Florida with private detective Patrick McKenna, who worked as the lead investigator on her case.

In November 2022, Peacock announced that Casey will share her side of the story in the 3-part limited series Casey Anthony: Where the Truth Lies.

In the docu-series, Casey will share her account of the infamous investigation, trial and aftermath of Caylee’s death. She will also reflect on the speculation surrounding her actions at the time, how she portrayed herself in court and open up about her time in prison.

Additionally, the limited series – which marks the first time Casey will give an on-camera interview about the trial and her acquittal – will also feature her personal archives, behind-the-scenes footage and the defense’s evidence that will give viewers a never-before-seen look into the trial. 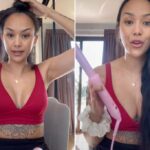 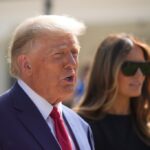