Her side. 90 Day Fiancé star Tiffany Franco is responding to her estranged husband Ronald Smith‘s claims that she is “refusing” to sign the paperwork for their divorce, explaining why there’s been a delay in the proceedings in an exclusive statement to In Touch.

“Ronald told me he wanted to get it done immediately and I asked him very nicely if he could please give me a few weeks to get the money together,” Tiffany, 31, exclusively tells In Touch. “I’ve been struggling a little bit financially since returning from South Africa.”

As fans watched, Tiffany and Ronald attempted to rekindle their marriage after her stint on 90 Day: The Single Life season 3. During part 1 of the tell-all that aired in November, Tiffany revealed that she had spent four months with Ronald and their daughter, Carley, in South Africa as a family. Their reunion was short-lived and they had split by the time they filmed the reunion in September.

“I have been getting my things back on track that I neglected when I was overseas. I did ask him to just be a little bit patient with me and that once I had the money for the divorce lawyer, that I would pay it and get it done 100%!” she explains. “I am absolutely not trying to keep him married to me as I would gain absolutely nothing from it other than a headache [laughs].”

The New Jersey native explained that Ronald “agreed” to her terms, which is why she was “completely caught off guard” when she learned that Ronald claimed she had been refusing to sign the paperwork. “Him and I did have a conversation about him giving me a little time,” she insists.

Tiffany and Ronald met through mutual friends in January 2017 while the Maryland resident was visiting South Africa. After six months of dating, they got engaged. Tiffany documented her brief move to South Africa with her son, Daniel, from a previous relationship to marry Ronald on season 1 of 90 Day Fiancé: The Other Way in 2019.

Shortly after their wedding, Tiffany became pregnant with her and Ronald’s first child. She decided to move back to the United States because it was a better place to raise her kids. The former couple welcomed daughter Carley in July 2019 and they continued to document their tumultuous, on-off long-distance marriage on several 90 Day Fiancé spinoffs.

During their separation in late 2021, Ronald moved on with a new girlfriend named Lauren while Tiffany went on dates with several men while filming season 3 of 90 Day: The Single Life. However, now that Tiffany and Ronald have split for good, Tiffany suggests that Ronald and Lauren have gotten back together.

“I have no ill feelings towards him or Lauren and I wish them the absolute best,” the brunette beauty shares. “Lauren sent him the money for him to divorce me last time back in November [2021] I think and he used that money for something else.”

Tiffany claims she was “sent a fake divorce document” by Ronald and he claimed that their divorce had been finalized. “I later found out that those documents were falsified,” she says.

“When he had asked me to fill out the papers, I knew in my gut that if I wanted it done I needed to do it myself,” Tiffany continues. “So I’m not making the same mistake twice I will not fill out the ones he sent me. I’m asking him for a little time so that I can get a lawyer myself and do it on my own. That way I will know it’s done and that way he will not take more money from this poor girl.”

In response to Tiffany’s statement, Ronald tells In Touch exclusively: “Typical Tiffany, always bringing up the past. Why does she feel the need to say this? What does it matter who even paid for it? She thinks I [used] it on something else? Unless she knows and have proof, she must rather not think because it’s false. She must rather focus on now and getting divorce done now stop talking about the past because now is what matters not last year. Come on Tiffany, no bad blood, but let’s get divorce done please.”

However, Tiffany reveals that their divorce is lower on her priority list, as she is focusing on her 12-year-old son, Daniel, 3-year-old daughter Carley and the upcoming holidays.

“Running my own business, supporting my two children, trying to pay for this divorce and it’s Christmas time so, of course, I will make sure my kids have a fantastic Christmas and that’s not cheap,” she explains. “It’s just tough timing but I will get it done. He just needs to understand that things are tight right now, the reason I’m annoyed because I want nothing more than for him to be happy and remarried or have a visa done for wherever he wants to go. But I hope that he understands that I’m trying my best.” 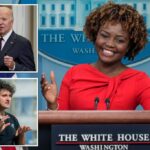 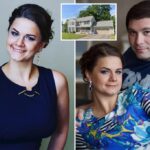