While Maren Morris was up for the prestigious Album of the Year Award at the 2022 Country Music Association Awards, she wasn’t there in person at the event. Keep reading for details on why the singer skipped the CMAs ceremony.

After getting into a heated online argument with Jason Aldean‘s wife Brittany Aldean over an allegedly transphobic post, “The Bones” singer said it left her with an uncomfortable feeling toward attending the event.

“Honestly, I haven’t decided if I’m gonna go. I’m very honored that my record is nominated,” Maren told the Los Angeles Times on September 20. “But I don’t know if I feel [at] home there right now. So many people I love will be in that room, and maybe I’ll make a game-time decision and go. But as of right now, I don’t feel comfortable going.”

“I think I was more sad going last year,” Maren continued. “Some nights are fun. Others I’m just crawling out of my skin. I’m not good at those events because I’m awkward. But this time I kind of feel peaceful at the notion of not going.”

Why Are Maren Morris and Brittany Aldean Feuding?

Brittany shared a makeup tutorial in August 2022 and wrote, “I’d really like to thank my parents for not changing my gender when I went through my tomboy phase. I love this girly life. ” Her country superstar husband of seven years responded in the comments, “Lmao!! I’m glad they didn’t too, cause you and I wouldn’t have worked out.”

Maren then chimed in with support when fellow singer Cassadee Pope inferred that Brittany’s post was transphobic when she wrote, “Here we are, hearing someone compare their ‘tomboy phase’ to someone wanting to transition. Real nice.” The “Girl” singer clapped back at Brittany, as well as her line of hair extensions, by writing, “So easy to, like, not be a scumbag human,” adding that the former American Idol contestant should just “sell your clip-ins and zip it,” while calling her “Insurrection Barbie,” referring to the January 2020 U.S. Capitol takeover.

Brittany fired back, “Advocating for the genital mutilation of children under the disguise of love and calling it ‘gender-affirming care’ is one of the worst evils,” adding, “I will always support my children and do what I can to protect their innocence. The other day, [my son] Memphis wanted to be a dinosaur and tomorrow [my daughter] Navy will want to be a cat, they’re children.”

Maren wasn’t having it, responding with a comment on Cassadee’s page, “You know, I’m glad she didn’t become a boy either because we really don’t need another a[ss]–hole dude in the world,” adding, “Sucks when Karens try to hide their homophobia/transphobia behind their ‘protectiveness of the children.’”

Are Jason Aldean and Brittany Aldean Attending the 2022 CMAs?

The couple posed on the red carpet ahead of the show in Nashville’s Bridgestone Arena on Wednesday, November 9. Jason and Carrie Underwood are nominated for Musical Event of the Year for their hit duet, “If I Didn’t Love You.”

“We’re nominated for an award, so yeah, can’t miss that, man,” Jason told Taste of Country ahead of the CMAs. The entertainer said to ABC, the network carrying the ceremony, “This really is the last thing of the year for most of us. I mean, it’s kind of the conclusion of the year, the CMA Awards,” adding, “So, it’s time to cut loose after the show’s over.”

What Was Maren’s Reaction to Her CMA Album of the Year Nomination?

“I am so honored that Humble Quest was nominated for Album of the Year at the @cma,” Maren wrote in a September 8 Instagram post following her online feud with Brittany.

“It’s one of my most precious works because it stripped away a lot of flash and rebelliousness I was hiding behind and revealed my true self: a vulnerable AF little girl who needed to grieve my losses, celebrate my wins, grow up and face the music … for my son, for my family, for myself,” she added. 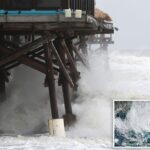 Nicole becomes Cat 1 Hurricane upon landing in the Bahamas 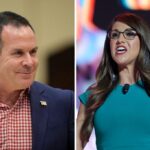