Out of the spotlight. The Duggar family is choosing to keep a low profile while disgraced Counting On alum Josh Duggar serves his 12.5-year prison sentence, a source exclusively tells In Touch.

“The family isn’t as public as they once were. Not having a show on the air has been a blessing and a curse,” the insider says. “Of course, they blame Josh for Counting On getting canceled. Being in the spotlight definitely had its ups and downs, but most of them miss it.”

However, the source reveals there is one Duggar family member who prefers to live life out of the public eye – Josh’s wife, Anna Duggar. “Josh’s scandal definitely has a lot to do with why some family members are less active on social media, especially Anna,” the insider notes.

Earlier in October, a source told In Touch that Josh’s conviction had put a strain on his wife of 14 years. “Anna wants nothing more than to check out and forget everything about this nightmare that Josh has brought upon her and her children,” the source dished. “She just wants to move on. That’s one of the reasons she’s not on social media anymore. It stresses her out.” Fans first noticed Anna’s Instagram page appeared to be taken down on October 1.

Though Josh is serving his prison sentence at the Federal Correctional Institute (FCI) in Seagoville, Texas, his release date is scheduled for August 12, 2032 – meaning he’ll spend a little more than 10 years behind bars, In Touch exclusively learned in June 2022. His legal team has  filed three appeals in his case, the most recent of which had a deadline of October 3.

While Josh is not allowed to have conjugal visits with Anna, 34, while in prison – the only physical contact they’re allowed to have is “handshakes, hugs and kisses (in good taste)” at the start or end of their visits, which is limited to four hours per month – a source told In Touch in October that the mom of seven wanted “distance” from the Duggar family and was thinking about moving closer to Josh while he serves his sentence.

“Her in-laws are great, Jim Bob and Michelle are like parents to her, but she really could use some distance,” the source said. “Anna and Josh are not seeing eye to eye on her plans to move.”

A rep for Anna and Josh Duggar did not immediately respond to In Touch’s request for comment. 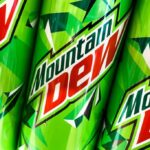 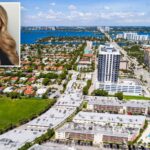