Until this year, Carlos Collado would never have put political campaign signs in the windows of the supermarkets he runs in the Bronx and Harlem. But all that changed when the state’s controversial bail reform initiatives threatened to derail his business.

Now, there are signs in Spanish supporting Lee Zeldin, the Republican candidate for governor, in the windows of four of his six establishments. Collado, who describes himself as a life-long supporter of the Democrats, said he changed his allegiance following a rash of shoplifting and sometimes violent encounters at his stores.

“We normally don’t post political signs because we don’t want to offend any of our customers, but we were pleasantly surprised with Zeldin’s promises to get tough on crime,” Collado, 55, told The Post Wednesday. “Since bail reform, there has been a tremendous uptick in shoplifting. Now people are getting aggressive and they feel they have the right to commit these crimes. They feel more emboldened.”

Collado said he is a member of trade group the National Supermarket Association, which has now contributed more than $80,000 to Zeldin’s campaign.

In 2019, New York State passed a sweeping law ending cash bail for most misdemeanors and non-violent felonies. Shoplifting is no longer considered a felony unless thieves steal $1,000 or more worth of goods.

Collado, who has run supermarkets for 30 years, said shoplifters now hit his stores almost daily, in some cases terrorizing his employees and cutting into his margins. He estimates his losses from shoplifting at between two and three percent, “which in a penny business adds up to a lot.”

The 21-year-old manager at one of Collado’s two Fine Fare stores in the Bronx said he is also voting for Zeldin after trying to prevent a rash of shoplifting at the supermarket, which has grown worse in the last six months.

“There have been times when I have almost been attacked by customers stealing,” said the manager, who has worked at the store for the last five years and did not want to be identified by name. “We see people shoplifting and try to be non-confrontational at first because you never know how they will react. We offer them a basket, and we don’t stop them unless we are completely certain they are stealing.”

He also said that thefts have grown worse since the city banned plastic bags in 2020, and shoppers bring in their own reusable totes.

Threats to call the police are not effective since cops often take more than an hour to show up, and then refuse to write a report because there are no consequences for the alleged thieves, he said.

“They [the shoplifters] know that they will just get a slap on the wrist if they don’t go over $1,000,” the manager said. “Every time we stop them there are no consequences. Every time I call the police, they take a while to come.”

Collado pulled out his phone to show photographs of a shoplifter trying to steal a cartload of laundry detergent from one of his Bronx Fine Fares. He said another thief recently tried to leave the same store with 35 containers of Haagen Dazs ice cream, while yet another attempted to run out with cases of Red Bull tucked under his arm — though both let go of the goods after they were confronted by staff.

But challenging thieves can be dangerous. In January, Collado was threatened by a woman wielding a knife and throwing avocados and mangoes at his cashiers, he said.

“We’re all experiencing the exact same things across the city. No one is afraid of consequences anymore with criminal friendly DAs,” he said, adding that his coalition of 70 mostly Latino entrepreneurs met with Hochul early in the campaign and planned to hold a fundraiser for her, but “our complaints fell on deaf ears.”

If elected, Long Island congressman Zeldin has promised to declare crime a state emergency and override lawmakers in Albany by suspending laws that limit cash bail. He has also vowed to fire soft-on-crime district attorneys, including Manhattan DA Alvin Bragg.

Jordan Diaz, 31, who owns supermarkets with his brothers and a sister in the Bronx, Queens and Miami, has already voted for Zeldin, along with his whole family, he told The Post Wednesday.

“We all went for early voting, and we all voted for Zeldin,” he said. “We are already paying the costs of inflation and now we have to deal with constant shoplifting. We had three cases of shoplifting at one of our stores just today.”

Things have gotten so bad at the family’s Fine Fare in the Highbridge section of the Bronx that they are in the process of hiring an armed police officer under the NYPD’s “Paid Detail Unit,” a program that allows off-duty armed cops to work in uniform for private businesses. The cost is between $50 and $70 an hour, said Diaz, adding that the expense coupled with rising inflation will cut into his family’s profits, but their losses from shoplifting and threats to employees have already shaken the business.

“Our parents are praying everyday that nothing bad happens to us, but we are seeing people getting really aggressive, using knives to threaten our workers. We hope that an armed police officer, someone with a gun, will act as a deterrent,” he said.

Ramon Goncalez, 60, who has worked as the manager at Collado’s Gun Hill Fine Fare for the last 28 years, said he supports Zeldin but is not able to vote because he is not a US citizen.

“I would vote for him if I could,” he said. “He is the only politician dealing with reality.

“Now people have this attitude where they say, ‘I take this because it’s mine, and I have a right to it,’” said Goncalez, who added that crime has spiked at the store in the last six months.

Collado said he doesn’t blame local law enforcement and has taken his grievances to Mayor Eric Adams. Adams told him he tried to appeal to Albany but “was forced to return to City Hall with no progress,” Collado said.

“I’m one of those Democrats who went astray,” said Collado. “Listen, we’re not against good bail reform and we plan to tell the Republican Party that they need to continue listening to us. But honestly I am shocked with what’s happening in this city.” 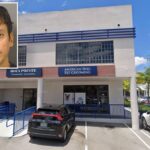 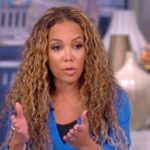