A global milk shortage and the Russia-Ukraine war have contributed to an eye-popping surge in the cost of butter and margarine — one of many sources of sticker shock for American shoppers contending with decades-high inflation.

Butter and margarine prices jumped by a whopping 32.2% in September, according to federal data. That figure marked the sharpest increase seen in any food category in last month’s Consumer Price Index.

While the price of nearly all consumer products have been impacted by rising labor and shipping costs over the last year, a host of geopolitical obstacles, especially the Russia-Ukraine, have had an outsized impact on butter and margarine, CNBC reported.

“All the costs that go into producing a stick of butter, all those costs have risen,” International Dairy Foods Association spokesman Matt Herrick told the outlet.

For butter, the price problem stems from a decline in global milk production, with major producers such as the US, European Union, New Zealand and Australia all reporting a decline in output since the end of 2021, according to a July report by US Agriculture Department.

“Since the end of 2021, global milk supplies have tightened, propelling prices for manufactured dairy commodities higher,” the report said.

While the report said milk production within the US was expected to “turn positive” in the second half of the year, Herrick told CNBC that American producers have shipped more milk overseas to offset global shortages. Net exports of US-made butter tripled during the first half of the year, while domestic stocks of butter fell and prices rose.

Meanwhile, production of margarine has gotten much more expensive due to the soaring cost of its key ingredient, vegetable oil. Ukraine is the world’s top producer of sunflower oil, accounting for 31% of all global output and 3% of “major vegetable oils produced globally,” according to the Agriculture Department.

The Russia-Ukraine war has impacted production, roiled the global market for various commodities and interrupted shipments – resulting in higher prices around the world.

“Market uncertainty about sunflower oil supplies from Ukraine has created additional demand for other vegetable oils, such as palm, soybean, and canola,” the department said. “Supplies of these alternatives are expected to be tight in the 2021/22 marketing year, contributing to elevated vegetable oil prices.”

CNBC noted weather-related problems have hampered production of vegetable oil in other countries by impacting canola oil in Canada and soybean production in Brazil, respectively.

Overall, the Consumer Price Index’s “food at home” category, which refers to grocery prices, increased 13% compared to the same month one year ago. Like most other categories, food inflation has hit its highest level in decades.

On a more granular level, the price of margarine saw a sharper spike of 44% last month compared to butter, which rose 26.6%.

Prices are expected to remain high through the end of this year.

Soaring butter and margarine prices are just one source of sticker shock on everyday items. Inflation has pushed the price of premium bread to as much as $10 per loaf in some areas.

Egg prices have also soared due to a major outbreak of bird flu impacting US production. 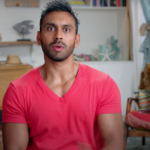 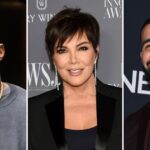