With less than three weeks to go before the midterm elections, Democrats are facing an electorate distressed about rising inflation and preferring Republicans to handle economic issues, according to a new poll.

A staggering 93% of registered voters say they are “concerned” with inflation, with 71% “very concerned,” the Morning Consult/Politico survey released Wednesday found.

The poll also revealed 60% of registered voters believe inflation, which has soared to 40-year highs, is getting worse

Americans’ distress over the country’s economic health signals bad news for Democrats as Nov. 8 nears, with 81% saying the economy will play a major role in determining for whom they will vote in the midterms — and 80% saying inflation.

Republicans have cut into Democrats’ lead on the generic House ballot, reducing it to a single percentage point — 45% to 44%.

It’s the second major survey this week showing economic issues as the top concerns among Americans, outpacing abortion — which Democrats believed would motivate their supporters after the Supreme Court overturned Roe v. Wade in June.

President Biden, in an effort to keep abortion in the spotlight, came out on Tuesday to announce that he would send a bill to Congress to codifying abortion protections into federal law if voters keep Democrats in control of ​the House and Senate.

“Right now, we’re short a handful of votes. If you care about the right to choose, then you got to vote,” Biden said. “That’s why these midterm elections are so critical to elect more Democratic senators in the United States Senate and more Democrats to keep control of the House of Representatives.”​

But Wednesday’s poll showed that Biden still remains underwater among voters, with just 44% approving of the job he’s doing as president and ​54% disapproving while 70% of voters believe the country is on the wrong track.

Three-quarters of voters fault supposed price-gouging by corporations as the main cause of inflation, while 65% blame Russia’s invasion of Ukraine and 64% say the administration’s actions are at least somewhat responsible.

The poll surveyed 2,005 registered voters from Oct. 14 to Oct. 16. It has a margin of error of plus or minus two percentage points. 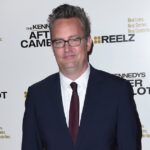 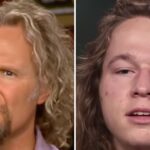