“They’re having fun,” a source exclusively tells In Touch about Veronica and Jamal’s new fling.

The new couple is set to announce their new relationship during part 3 of the season 3 tell-all on Monday, December 12. 90 Day Fiancé blogger John Yates was first to report the news of Jamal and Veronica’s romance.

Veronica’s fling with the 90 Day Fiancé alum follows her recent split from Justin during the 90 Day Fiancé spinoff. While sparks initially flew between the dad of two and the brunette beauty, an awkward run-in between Justin and Tim, 42, sparked a conversation between Veronica and Tim about “boundaries.”

“Every relationship you’ve been in since you and I split up, the main common point of contention has been one common denominator,” Tim told Veronica in conversation during a September episode. “And the same for me. Nobody’s cool with it. It’s not that we can’t be friends, but we’re gonna have to, like, distance ourselves.”

After Justin and Veronica shared a steamy weekend getaway, she discovered that the dad of two was considering a move to Florida with his ex and mother of his kids — just shortly after sleeping with him.

While the single dad insisted it was a “better move” for his kids as they would be surrounded by family, he asked Veronica if she would consider relocating.

“The question you’re asking me, is to prioritize your ex and child over mine,” the mom of one shot back during an episode that aired in October. “How can I move to Florida without those things being true … You’re asking a rhetorical question because you know the answer, Justin.”

After a heated conversation, the pair decided to pull the plug on their relationship. “I am so disappointed with how my relationship with Justin ended,” the Miami, Florida, native told producers in a November confessional. “It’s like another person that seemed like such a nice guy, but who turned out to be a jerk.” 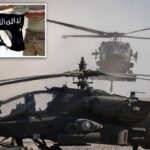 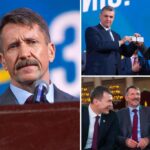