Sukanya Krishnan sat down for a candid conversation with the polygamous Brown family during the Sister Wives tell-all and wasn’t afraid to ask the hard-hitting questions following all the drama that transpired throughout season 17. The news anchor spoke to Kody Brown, wife Robyn Brown, and his former spouses, Meri, Janelle and Christine Brown, about where they stand today and what’s ahead for the family following Kody’s split from three of his four wives. Learn more about Sukanya, below.

Who Is Sukanya Krishnan?

Sukanya previously worked as the morning news anchor on Good Day Wake Up and is a five-time Emmy Award winner. She made history by becoming the first South Asian American to anchor news in the No. 1 market and even has a cameo in The Sopranos.

In addition to hosting the Sister Wives tell-all two seasons in a row, she also hosted the TLC show Find Love Live in 2020. Fans may also recall seeing Sukanya from her hosting duties on 90 Day Fiancé: Love Games on Discovery+ in 2021.

As for her personal life, Sukanya is a wife to Eric Schroeder and a proud mother of two.

What Did She Ask on the ‘Sister Wives’ Tell-All?

On part 1 of the special – which aired on December 18 – Sukanya tackled all sorts of topics prevalent throughout season 17, including Kody’s troubled relationships with Meri and Janelle following his split from Christine.

“Why did you think [Christine] was playing a game?” she asked the father of 18 after viewing a clip of a conversation between the exes, to which he replied, “Because she’s a game player.”

During the one-on-one interviews, the host made bold statements, including calling out Christine for her “bad behavior.”

“Do you believe your lack of attraction is an excuse just for your bad behavior?” she asked the mother of six, to which Christine responded, “I don’t know, but that statement just made me mad.”

Part 2 of the Sister Wives: One on One tell-all airs on Sunday, January 1, followed by part 3 on January 8 on TLC.

Will There Be a Season 18 of ‘Sister Wives’?

Following her November 2021 split from the polygamous patriarch, Christine relocated from Flagstaff, Arizona, to Salt Lake City, Utah. While TLC has yet to confirm if the long-running series has been renewed for an 18th season, Christine previously revealed that she began filming in her new home.

“I’m finally filming in my house in Salt Lake!! So excited!” she captioned a November 15, 2022, selfie shared via Instagram, adding the hashtag “New Beginnings.”

The Cooking With Just Christine star later revealed that she was commuting between the two states throughout season 17.

Since their splits, Janelle and Meri have not yet commented on if they have continued filming, and Kody is currently only married to his fourth wife, Robyn. 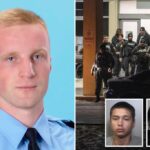 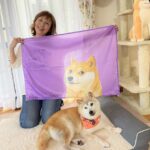