Who is Shaun Robinson? The media personality has been the host of the 90 Day Fiancé tell-all specials since 2016 following the season 4 finale, taking over for CNN’s Erica Hill. She also became a more permanent figure in the 90 Day Fiancé universe when it was announced that she would be hosting her very own series, discovery+’s 90 Day: Bares All. Keep scrolling below to find out more about Shaun Robinson!

Shaun Robinson Has a Successful Career

Shaun’s career in media started after she graduated from Spelman College in Atlanta. She went on to work as an anchor and reporter in Miami and Texas before landing a gig as the host of Access Hollywood from 1999 to 2015.

She earned an Emmy for her live coverage of A Grand Night in Harlem for the Black Sports and Entertainment Hall of Fame.

In 2009, Shaun became an author when she published her book, Exactly As I Am: Celebrated Women Share Candid Advice with Today’s Girls on What It Takes to Believe in Yourself.

She also has an acting career and has appeared in several movies and TV shows like Bruce Almighty, Dr. Dolittle 2, Law & Order: Criminal Intent, Monk, Everybody Hates Chris, Charmed, Days of Our Lives, and The Proud Family.

Among her other career endeavors, Shaun is also a philanthropist. She is the founder of The S.H.A.U.N. Foundation for Girls, which invests in organizations that empower underserved girls in the areas of STEM, health, arts, unity and neighborhoods. Shaun is also a recipient of DOVE’s first Real Beauty Award as a role model who is helping girls feel more comfortable in their own skin.

How Old Is Shaun Robinson?

What Is Shaun Robinson’s Net Worth?

After enjoying a more than two-decade career, Shaun has earned an impressive net worth of $2 million, according to Celebrity Net Worth.

What Other 90 Day Fiancé Shows Does Shaun Robinson Host?

In 2020, Shaun became a permanent fixture in the franchise when she signed on to host discovery+’s spinoff 90 Day: Bares All.

“This is the space where we are showing you every single thing that we could not show you on regular TV,” Shaun gushed about the series in an interview with Entertainment Tonight in December 2020. “There’s so many things — video, certain confrontations, language, body parts — that we can’t show you on regular TV, but we can show them here. Bares All is basically that — we are taking everything and, not that they were left on the cutting room floor, these parts are really juicy, but because of the rules, we could not show you there. Here, we can show you absolutely everything, so Bares All is the perfect title for this show.” 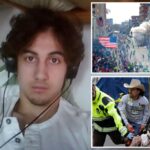 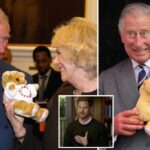