Who is Sister Wives star Robyn Brown’s ex-husband David Jessop? While the TLC personality is known for her plural marriage to husband Kody Brown and sister wives Meri Brown and Janelle Brown — Christine Brown left the family patriarch in November 2021 — she was previously married to Jessop from 1999 to 2007. Though she has rarely spoken about her past marriage, fans are still curious to learn about her life before she met Kody.

Keep reading to find out everything we know about Robyn’s first husband.

When Was Robyn Brown Married to David Jessop?

The reality TV star reportedly wed her first husband in June 1999. Although she rarely ever talks about her past relationship with him, she opened up about her experience during an April 2021 episode of Sister Wives.

“I was married before, and in that marriage, there was a lot of fighting and there was a lot of pain,” Robyn revealed. “I promised myself as I came out of my divorce, I was like, ‘If I ever marry again, I’m just going to be more cautious and more careful.’”

During the same episode, Robyn and the other sister wives reflected on their communication skills as a plural family, to which Robyn mentioned she rarely ever argues with Kody.

“Let’s just say that it’s rare that I fight with him,” she said during a confessional at the time. “I probably could name five real fights in the last 10, 11 years we’ve been together. Probably five real fights. Maybe not even that.”

Who Are Robyn Brown and David Jessop’s Kids?

The former spouses shared children Dayton, Aurora and Breanna. However, Kody legally adopted the three kids in 2014 after legally marrying Robyn. In order to tie the knot with Robyn, the businessman legally divorced his first wife, Meri, and remained spiritually married to her.

Robyn and Kody later welcomed two children of their own: Ariella and Solomon.

Why Did Robyn Brown and David Jessop Divorce?

While she tends to keep the details private, Robyn once opened up about Jessop via Twitter in November 2011 in response to a Sister Wives episode that had premiered at the time. In the episode, Robyn had to address bullying within the household against her three children.

“Just to clarify, I do not tolerate my kids getting bullied,” Robyn tweeted at the time, before claiming, “I ended my first marriage because of abuse. My kids come first ALWAYS.”

On January 12, 2018, Jessop was allegedly arrested for “partner or family member assault causing bodily injury,” per Radar Online. He was released from jail four days later, according to the outlet.

Radar reported that he ultimately pled not guilty, and the charge was amended to disorderly conduct on August 31, 2018. Jessop was ordered to pay fines, the site noted. 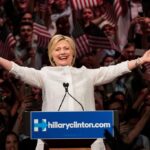 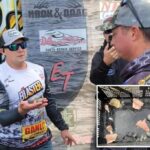