New UK Prime Minister Rishi Sunak is a former hedge-fund boss who previously helmed the nation’s Treasury and has promised to restore “integrity, professionalism and accountability” to Britain after months of political upheaval.

Sunak is the third prime minister to lead the United Kingdom since July, after Boris Johnson was forced to step down following a series of scandals and his successor, Liz Truss, resigned after implementing a disastrous economic agenda that sent the pound plummeting.

Sunak, a 42-year-old multimillionaire, beat out the leader of the House of Commons, Penny Mordaunt, for the top job, making him the first non-white prime minister of the UK and the youngest to hold the position in more than 200 years.

His meteoric rise through politics has earned him the moniker “Dishy Rishi” thanks to his youthful looks, sharp suits and smooth manner.

“It is the greatest privilege of my life to be able to serve the party I love and give back to the country I owe so much to,” Sunak said in a statement after his win.

“The United Kingdom is a great country. But there is no doubt we face a profound economic challenge. We now need stability and unity, and I will make it my utmost priority to bring our party and our country together.”

Here’s everything we know about the UK’s new top boss.

Sunak was born in 1980 on the southern English coast in Southampton to a father who was a family doctor and a mother who ran a local pharmacy.

His parents, both of Indian descent, emigrated to the country from East Africa in the 1960s. Sunak’s grandparents were originally from the Punjab region.

The new prime minister has spoken often about the sacrifices his parents made to afford sending him to Winchester College as a teenager, a boarding school in Hampshire that’s considered one of the most prestigious in the world.

Sunak went on to Oxford University, where he studied philosophy and economics before heading to California to get an MBA from Stanford University as a Fulbright Scholar.

It was there that he met his fashion-designer wife, Akshata Murthy, whom he married in 2009 and with whom he shares two daughters, Krishna and Anoushka.

Murthy is the daughter of Narayana Murthy, the co-founder behind major tech giant Infosys and one of India’s richest men.

Thanks to a .91% stake in her father’s company, Murthy’s net worth is valued at roughly £690 million, or about $778 million, making her and Sunak one of the richest couples in Britain, according to the Sunday Times Rich List.

When Sunak first met Akshata Murthy, his now-father-in-law admitted he was a bit jealous of the relationship, but his feelings changed once he met him, the Independent reported.

“I … found him to be all that you had described him to be — brilliant, handsome and, most importantly, honest. l understood why you let your heart be stolen,” Murthy’s father wrote to her in a letter that was published in “Legacy: Letters from Eminent Parents to their Daughters.”

Sunak became a multimillionaire as a hedge-fund manager when he worked at Goldman Sachs and later co-founded a large investment firm, where he worked with companies all over the world, according to his Parliament bio.

“Then I used that experience to help small and entrepreneurial British companies grow successfully,” he wrote in the bio.

“From working in my mum’s tiny chemist shop to my experience building large businesses, I have seen first-hand how politicians should support free enterprise and innovation to ensure our future prosperity.”

In 2015, Sunak ditched the private sector after he was elected Conservative MP for Richmond and served as a parliamentary private secretary at the Department for Business, Energy and Industrial Strategy.

In 2018, he became a minister for local government and in 2019, he became chief secretary to the Treasury.

Most recently, he served as the chancellor of the Exchequer, Britain’s chief financial minister.

Sunak came under scrutiny in April after it was revealed he held a US green card, which gave him permanent residence in the States, while he was chancellor, the BBC reported at the time.

While some opponents accused him of keeping the green card for tax purposes or as a backup plan in case things went south in the UK, his spokeswoman claimed it was returned in October 2021 and had been previously used in accordance with the law.

“As required under US law and as advised, he continued to use his green card for travel purposes. Upon his first trip to the US in a government capacity as chancellor, he discussed the appropriate course of action with the US authorities,” the spokeswoman said at the time.

“At that point, it was considered best to return his green card, which he did immediately.”

While Sunak held the green card, he did file US tax returns, “but specifically as a non-resident, in full compliance with the law,” the spokeswoman said.

The news around Sunak’s green card broke around the same time his wife found herself in the throes of a tax scandal, the Washington Post reported.

It was revealed that Akshata Murthy had been filing taxes in the UK as a “non-domiciled” resident, which saved her from paying taxes on the millions of dollars she was earning in India from her father’s company, the outlet said.

At the time, Sunak and his family had been living on Downing Street. 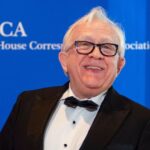 How Much Money Did Leslie Jordan Have? His Net Worth 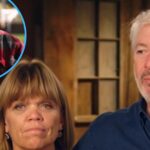