Jack Smith, the latest special counsel to draw the unenviable task of investigating former President Donald Trump, was described by his former colleagues Friday as a hard-nosed, by-the-book litigator.

“He’s a very serious lawyer,” Karen Friedman-Agnifilo told The Post, reflecting on the five years she worked alongside Smith in the trials division of the Manhattan district attorney’s office.

“He’s a ‘follow the facts’ kind of guy,” Friedman-Agnifilo added of Smith, who was tapped by Attorney General Merrick Garland to oversee probes of the 76-year-old Trump’s retention of classified documents at Mar-a-Lago, as well as his attempts to stay in power after the 2020 presidential election.

A native of the Syracuse suburb of Clay, NY, Smith graduated from SUNY-Oneonta and got his law degree from Harvard before cutting his prosecutorial teeth working for longtime Manhattan DA Robert Morgenthau in the mid-1990s, focusing on sex crimes and domestic violence.

In 1999, after five years toiling in Morganthau’s fiefdom, Smith moved across the East River to the Brooklyn US Attorney’s Office, where he rose to become chief of criminal litigation.

“He was very good, an excellent prosecutor. He was easily the best violent gang prosecutor,” Alonso told The Post.

While in Brooklyn, Smith prosecuted New York’s first death penalty case in decades — winning the conviction of gang member Ronell Wilson for the 2003 murders of undercover NYPD detectives James Nemorin and Rodney Andrews during a gun buy-and-bust operation on Staten Island. (The sentence was overturned in 2016 by a federal judge who determined that Wilson was “intellectually disabled” — and took him off death row to serve life in prison.)

“I’ve never known him to be a political person,” Alonso said of his former protégé. “There won’t be any ammo there when it comes to Jack.”

In 2008, Smith headed abroad to oversee war crimes cases at the International Criminal Court in The Hague, but he returned Stateside two years later to take the helm of the Justice Department’s Public Integrity Section, which probes and prosecutes public officials accused of corruption.

At the time, the office was trying to recover from the humiliation of the botched case against Sen. Ted Stevens of Alaska, when then-Attorney General Eric Holder asked the Republican’s conviction to be dismissed after it was revealed that prosecutors withheld evidence from Stevens’ lawyers.

“Jack came in at a troubling time,” Lanny Breuer, the head of the Justice Department’s Criminal Division who hired Smith, told the Wall Street Journal in 2015. “I was looking for a real leader, someone who could both inspire the folks at Public Integrity and build up morale.”

Smith had a checkered track record in his most prominent cases at the DOJ. His unit secured the conviction of former Virginia GOP Gov. Bob McDonnell in 2014 for accepting more than $165,000 in gifts and loans from a wealthy businessman in exchange for promoting a dietary supplement. However, the Supreme Court tossed McDonnell’s conviction two years year, finding the jury had received bad instructions.

Another major misfire was the 2012 prosecution of former Democratic senator and two-time presidential candidate John Edwards on charges of using campaign funds to cover up an extramarital affair. That ended in an acquittal of Edwards on one charge and a mistrial on five others.

“If I were the sort of person who could be cowed — ‘I know we should bring this case, I know the person did it, but we could lose, and that will look bad’ — I would find another line of work,” Smith told the New York Times in an interview upon taking control of the Public Integrity Section in 2010. “I can’t imagine how someone who does what I do or has worked with me could think that.”

The Public Integrity unit had better luck in other cases, such as the 2013 conviction of former Arizona GOP Rep. Rick Renzi on corruption, money laundering and other charges. Renzi was sentenced to three years in prison and was pardoned by Trump in his final hours as president in January 2021.

Despite the ups and downs, Smith’s boss credited him with restoring the shine to one of the DOJ’s most prominent units.

“On every front, in my view, Jack knocked it out of the park,” Bruer told the Journal when Smith left Washington.

After two-and-a-half years in Nashville, where he served as first assistant US Attorney and acting US attorney, Smith traded in public service for a job as the top lawyer at HCA Healthcare.

But the lure of The Hague was too much to resist.

In May 2018, Smith was appointed Specialist Prosecutor for alleged war crimes committed by ethnic Albanian guerillas during the war to separate Kosovo from Serbia in the late 1990s.

Smith led the prosecution of the very first case heard by the Kosovo Specialist Chambers in September of last year, against Salih Mustafa, a former commander in the Kosovo Liberation Army accused of killing and torturing prisoners.

“Certain leaders of the KLA, including Mr. Mustafa, used their power to victimize and brutalize fellow Kosovo Albanians, including individuals whose only crime was to have political views that differed from those of the KLA and its leaders,” Smith said in his opening arguments, according to Reuters.

Now, Smith is set to return to the US once again, this time to take on his highest-profile case yet. 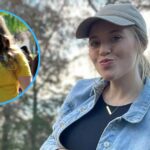 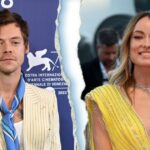