Happy wife, happy life! It’s been years since Molly Roloff appeared on her family’s TLC series, Little People, Big World. Since her departure, she’s been living a quiet life in Spokane, Washington, with her husband, Joel Silvius. But who exactly is her longtime love? Keep scrolling below to get to know Joel, how they met and more.

How Did Molly Meet Her Husband, Joel Silvius?

Molly is the only daughter of TLC stars Amy and Matt Roloff. The former couple welcomed Molly on September, 17, 1993. After Molly graduated from high school, she moved away from her family’s farm in Oregon and relocated to Spokane for college.

Molly met her future husband while studying for her undergrad at Whitworth University. Their connection dates back all the way to 2015 as Joel can be found in the early posts of Matt’s Instagram feed.

When Did Molly Roloff and Joel Silvius Get Engaged?

The pair got engaged just days before Christmas in 2016 and would make it down the aisle in a fairy tale wedding at Roloff Farms just a few months later in August 2017.

“She got married! A beautiful wedding, most gorgeous bride and tears lying smiles and a lot of love,” mom Amy wrote via Instagram at the time. “Couldn’t be happier for Joel and Molly (my baby girl).”

What Does Joel Silvius Do for a Living?

While Joel’s profession is unknown, Molly’s LinkedIn states she’s a Senior Accountant for Nordstrom. Both Molly and Joel have kept her social media private — seemingly limited to family and friends — but her brother Zachary Roloff was the one to share the news that the couple bought their first home together.

“My little sister Molly and her husband Joel bought a house!” he shared in April 2019. “Congratulations to them! We had a great time in Spokane this weekend with them.” Opting for a single-story ranch-style home, the rarely seen pair posed next to Zach and his wife, Tori Roloff (née Patton), in front of their new digs.

The pair often visit her parents in Oregon and every so often, they will make rare appearances on their family members’ social media pages. In April 2022, Amy shared a photo of Molly and Joel during an Easter trip to Spokane accompanied by her son Jacob Roloff and his wife, Isabel Rock.

Although the famous family never explained why Molly chose to leave the series, her father hinted an incident may have occurred.

“We had some other scares in the early days when everybody was young,” Matt explained during an episode of the “First Class Fatherhood” podcast in May 2021. “We were very protective. Particularly, we were worried about Molly becoming involved in something. When we did the show, we had a number of fans who were overzealous to get to various members of the family that they were fixated on.” 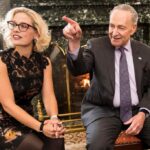 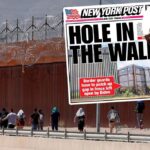