More to the story? Miley Cyrus’ newest song, “Flowers,” has garnered a heavy amount of attention. Avid fans strongly believe the lyrics are about her ex-husband, Liam Hemsworth — especially since the track was released on January 13, 2023, which is also Liam’s birthday. Other fans are convinced that the lyrics of the chorus on “Flowers” is a direct response to Bruno Mars‘ single, “When I Was Your Man.” Now, Miley’s sister Brandi Cyrus is weighing in on the “truth” behind the lyrics.

Keep reading to find out everything we know about the story behind Miley’s song “Flowers.”

After the “Midnight Sky” artist released “Flowers” and its accompanying music video, fans took to social media to weigh in on several theories — one based on the location Miley chose to shoot the music video.

“The house where the music video for Miley Cyrus’ ‘Flowers’ was recorded was previously used by Liam Hemsworth to cheat on Miley with more than 14 women while they were married,” one Twitter user wrote.

While it’s unclear where this rumored started, Miley initially denied rumors that infidelity led to their breakup in August 2019 via Twitter, shortly after the two announced their split.

“I can admit to a lot of things, but I refuse to admit that my marriage ended because of cheating,” she tweeted at the time. “Liam and I have been together for a decade. I’ve said it before & it remains true, I love Liam and always will.

Another circulating claim is that the Tennessee native wore the same suit that Liam wore to the April 2019 Avengers: Endgame premiere in her music video. Viewers believe the Australia native told his then-wife to “behave” before she playfully pushed him away in a viral video taken on the red carpet at the time.

“Right now, I’m feeling like that clip of Miley Cyrus [and] Liam Hemsworth where he tells her to behave for once, [and] she basically tells him to f—k off [and] they break up shortly after. If u get what I mean,” one Twitter user wrote, whereas another chimed claimed Miley, “shot the video in the house he used to cheat on her multiple times and used the suit he used when he told her to behave.”

What Is the Story Behind Miley Cyrus’ Song ‘Flowers’?

While the Hannah Montana alum has not publicly addressed the speculation, her sister Brandi Cyrus weighed in on the social media chatter during a January 20, 2023, interview on Wells Adams’ “Your Favorite Thing” podcast.

“The song did come out on his birthday — was that on purpose? I don’t know,” the DJ teased. “Can’t say. Genius, though.”

Brandi then elaborated on the multiple fan theories, noting, “Then there was, ‘The suit she’s wearing is the suit Liam wore at the Avengers premiere, where he told her that she needed to behave for once. And so, this is a f—k you because she’s in the suit.’ Hilarious.”

“Then the other one was, ‘The house is the house where Liam used to take people [to] cheat on her with,’” the actress added. “The narratives are f—king hilarious, but it’s so great. The best PR that could ever happen because it gets people talking about the song on TikTok, and it’s everywhere. And it’s just so fun to watch it all play out. Miley fans, I love ya.”

Nevertheless, Brandi emphasized that she is “not here to say that’s true and what’s not true.”

“Only Miley knows the truth,” she concluded.

Is ‘Flowers’ a Response to Bruno Mars’ Song ‘When I Was Your Man’?

Many fans also think Miley’s new track is a response to Bruno’s 2012 song “When I Was Your Man,” for a specific reason.

“Just heard Miley Cyrus’ new song ‘Flowers’ and thought it kinda sounded like Bruno Mars’ ‘When I Was Your Man’ only to find out hers is low-key an answer back to Bruno’s song because her ex Liam Hemsworth used to sing the song to her???” one person tweeted.

Brandi also touched on this theory in her podcast interview, gushing about how her sister’s fans “go hard in the paint” and “keep creating narrative after narrative.”

The Last Song actress hasn’t responded to this rumor, but fans noticed that the lyrics of Miley’s “Flowers” chorus act as a response to the lyrics in Bruno’s “When I Was Your Man.”

“I should have bought you flowers, And held your hand,” read the lyrics in Bruno’s chorus. “Should have gave you all my hours, When I had the chance / Take you to every party ’cause all you wanted to do was dance / Now my baby’s dancing, But she’s dancing with another man.”

In comparison, the “Wrecking Ball” songstress sings the following lyrics in her track: “I can buy myself flowers / Write my name in the sand / Talk to myself for hours / Say things you don’t understand / I can take myself dancing / And I can hold my own hand / Yeah, I can love me better than you can.”

What Happened Between Miley Cyrus and Liam Hemsworth?

Miley and Liam dated on and off from 2009 to 2018 after meeting on the set of The Last Song. In December 2018, the duo tied the knot. However, they split less than one year later, finalizing their divorce in January 2020. 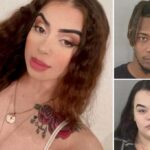 Woman lured man into ambush with promise of ‘sexual favors’ 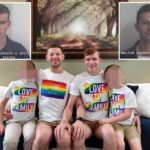 Couple pimped their adopted sons out to pedophile ring: report