So in love! 1,000-Lb. Best Friends star Meghan Crumpler has found love with her fiancé, Jon Creager. Keep scrolling to find out how they met, when they became engaged and more.

Who Is Meghan Crumpler’s Fiance, Jon?

Not much is known about Meghan’s fiancé, who rarely appears on the TLC show. He also isn’t regularly featured on her social media accounts.

In July 2022, the TV personality shared a rare photo of Jon on his 35th birthday. “Happy Blessed 35th Birthday! @jon_1000lbbestfriends,” she captioned a photo of her man enjoying a brownie and ice cream. “So blessed to have you in my life.”

According to his LinkedIn page, Jon currently works at Cartersville Drug & Alcohol Testing Center in Cartersville, Georgia. His responsibilities include assisting the manager and owner with drug and ​alcohol testing.

How Did Meghan Crumpler Meet Her Fiance, Jon?

Fans were first introduced to Jon when Meghan was starring on Discovery Plus app’s Too Large alongside Vannessa Cross.

“I met Jon about 10 years ago playing video games online, and he was living in California,” Meghan shared in a confessional during a 2021 episode, explaining that she was initially afraid to have him find out what she looks like.

While talking to Jon one night, Meghan accidentally turned on her camera and revealed her identity. Jon admitted that he saw her before she turned her camera off, with the reality star admitting she was happy that he continued showing interest in her.

“I love Meghan to the moon and back,” Jon told producers at the time. “Everything that she does, she’s such a wonderful person. She has such a kind, sweet heart.”

”When Did Jon Propose to Meghan Crumpler?

“She said yes. I’m so excited,” he recalled during an episode of Too Large. “I’m gonna spend the rest of my life with someone I love.”

Also during the episode, Jon showed his support for Meghan as she revealed her weight-loss progress to her friends and family after undergoing bariatric surgery.

“In the past year, I’ve seen Meghan change,” Jon told the cameras. “I’ve seen her become more happy, joyous. She’s becoming very productive in taking care of herself and other people. She’s just been doing great.” 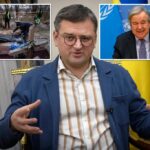 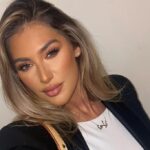