Josh Seiter isn’t only a reality star in his own right, having competed on season 11 of The Bachelorette, but also has connections to other shows. Over the past several years, Josh has dated women from the 90 Day Fiancé and Love After Lockup casts. Keep scrolling to learn about his television credits, his love life and more.

Who Is Josh Seiter?

According to Josh’s LinkedIn profile, the Chicago native is a mental health advocate that also makes income off of his Instagram posts.

Before studying criminal litigation at Chicago-Kent College of Law, Illinois Institute of Technology from 2010 until 2013, Josh worked as a firefighter in Urbana, Illinois, from 2007 until 2008.

Josh is also an actor and appeared in the 2011 film You Took Away My Flag.

Was Josh Seiter on ‘The Bachelorette’?

He made his reality TV debut in 2015 when he competed on season 11 of The Bachelorette, which starred Kaitlyn Bristowe.

Josh and Kaitlyn didn’t hit it off and he was eliminated during the first rose ceremony.

Who Did Josh Seiter Date From ‘90 Day Fiance’?

While he didn’t have luck finding love on The Bachelorette, the TV personality has dated several women that have appeared on 90 Day Fiancé.

He began dating Yolanda Leak, who appeared on 90 Day Fiancé: Before the 90 Days in 2020, in August 2020 after meeting during a trip to Las Vegas. After beginning a long-distance relationship, the pair got engaged soon after in October of that year.

Soon after their engagement, their relationship took a turn after Josh tattooed Yolanda’s name inside of his right arm in November.

While recalling their romance in December 2020, Josh exclusively told In Touch that Yolanda – who is 20 years his senior – started giving him the cold shoulder and would only send “one or two-word” responses to his messages and would even ghost him.

“I confronted her and she’s like, ‘I gotta be honest.’ She’s like, ‘That guy that I post, like my BFF, like we’re actually together.’ She’s like, ‘Yeah, he lives with me.’ So it came straight from the horse’s mouth,” he claimed at the time about a man named Oscar Ghigliotty, whom Yolanda referred to as her “BFF” on social media. She previously denied Josh’s claims via an Instagram comment, stating that “not an ounce” of Josh’s allegations were true.

Josh announced that he and Yolanda split on November 20, 2020. The mental health advocate said that he couldn’t “shake the feeling something wasn’t right” between them during their whirlwind romance.

He later moved on with Karine Staehle, who made her reality TV debut on season 1 of 90 Day Fiancé: Before the 90 Days with now-estranged husband Paul Staehle. They made their relationship Instagram official in November 2022 by uploading an Instagram Reel that featured the couple taking a relaxing afternoon walk.

“They met on Instagram. They began messaging and immediately made a connection,” a source exclusively told In Touch of the romance. “They were physically attracted to each other at first, but they’ve since bonded over deeper things like Karine’s kids and the death of Josh’s dad. They went from messaging on Instagram to texting pretty quickly.”

Who Did Josh Seiter Date from ‘Love After Lockup’?

Following his split from Yolanda and before his romance with Karine, Josh dated Love After Lockup star Lizzie Kommes.

In February 2021, he told The Sun that he met Lizzie after she messaged him on Instagram.

Josh and Lizzie weren’t meant to be and the pair eventually split, though the timing and reasoning of the breakup is not clear. 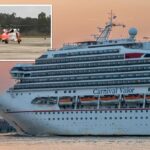 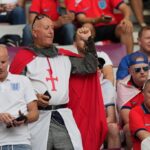