Proud mom! 90 Day Fiancé star Jenny Slatten’s daughter Christina Cuevas has been outspoken about her thoughts regarding her mother’s marriage to Sumit Singh. Keep scrolling to find out everything we know about Christina.

Who Is Jenny Slatten’s Daughter, Christina?

Christina, who also goes by the nickname Tina, is one of the three children that Jenny shares with her ex-husband, Ralph Edwards.

According to legal documents obtained by In Touch, Jenny filed for divorce from Ralph after 15 years of marriage in May 2002. It was considered a divorce with minor children.

Christina currently resides in California with her wife, Jen.

On October 18, 2022, Christina celebrated her anniversary with Jen by sharing a sweet Instagram post that included a video from a special date night. “Today is our actual anniversary, we celebrated on Saturday. October 18th was and is the best day of my life, I not only married the love of my life. I married my best friend and although you’ve heard this before, I 100% know that she’s someone I can always depend on [regardless] of what happens in our lives,” she wrote. “If you ever find a love like this, hang on to it. It’s hard to find. Don’t let it go! I love you baby till the wheels fall off as my dad always said let’s keep riding.”

She works in the beauty industry and sells products on her Etsy store, ShesSoDIY, according to her Instagram page. Some of the products sold in the Etsy shop include foot scrubs, face bars and pumpkin-themed decorations.

Does Christina Approve of Mom Jenny’s Relationship With Husband Sumit?

During the November 13, 2022, episode of 90 Day Fiancé: Happily Ever After?, Christina and Jen visited her mom and stepfather in India.

During the visit, Christina learned that Sumit’s parents had disowned him for marrying Jenny. The pair tied the knot in 2021 against his parents’ wishes.

Sumit, who is 30 years younger than Jenny, revealed that his family isn’t happy with their marriage. “They are not as comfortable as before when we were living together without marriage,” he explained.

Christina then asked Jenny if she thinks Sumit’s mother will ever “accept” her.

“No. She is set in her ways, dammit,” Jenny responded. She then imitated her mother-in-law by stating, “‘This is the culture. This is India. And I see it no other way. I’m not accepting this. I will never accept this and Jenny needs to go back to America.’”

Christina grew more concerned when the couple told her that his family might welcome him back into their lives, but not Jenny.

“You know, my mom is out here by herself, so I do want her to feel accepted, and the only way that she can really do that is by you [Sumit] 100 percent holding her up — as opposed to just letting it happen and saying ‘Oh, that’s just the family. That’s how they are and that’s what they do,’” she said.

Both Jenny and Christina agreed that the California native and her husband should move to America, though Sumit insisted he wants to stay in India.

“In India, we pay more attention toward the parents,” the reality star. “The family is a complete family as a unit. So, until Christina is in my situation, she cannot understand what I’m dealing with, and she needs to stay out of the situation.” 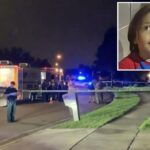 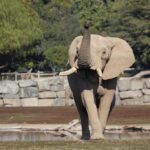