Get to know Katey! Jedidiah “Jed” Duggar revealed that he and wife Katey Duggar (née Nakatsu) welcomed their first child, a son named Truett, on May 2, 2022. In a suprise video posted on December 16, 2022, the couple announced that baby No. 2 is on the way! Keep reading to learn more about Jed’s wife.

Unlike Jed, 23, and his reality star family members, not much is known about Katey, 24. She doesn’t have her own social media accounts and it’s not clear what she does for a living. However, CheatSheet previously reported that Katey is a pilot and earned her Solo flight Certificate in 2020.

Who Is Katey Duggar’s Family?

Counting On fans have been able to learn more about Katey through her family’s website. Similar to the Duggars, Katey was raised in the fundamentalist evangelical community. However, her family seems less traditional than the reality stars and she was sent to a brick and mortar school as opposed to being homeschooled. Additionally, her parents – Kory and Kim Nakatsu – are divorced.

When Did Jed and Katey Duggar Get Married?

Jed shocked fans when he revealed he married Katey in April 2021 after one year of courting. “For a long time, I have prayed for my future spouse, not knowing who that person would be. God answered my prayers far beyond what I could have ever imagined in Katey!” Jed wrote in his announcement via Instagram about the surprise wedding. “We have enjoyed quietly developing our relationship over the past year and every moment together has been amazing! I’m so grateful God brought Katey into my life and excited to share with you all that today she became my wife! Katey, the thought of sharing the rest of my life with you makes me the happiest man in the world! I love you so much!! #happilyeverafter.”

The pair got married in an outdoor ceremony in Arkansas, Hello reported. Jed’s twin brother, Jeremiah Duggar, served as his best man and Katey’s sister was her maid of honor. They tied the knot after engagement rumors began to circulate in March 2021 when the podcast “Without A Crystal Ball” claimed he had been “courting a woman” privately for “quite some time.”

When Did Jed and Katey Have Their First Baby?

Jed and Katey announced her pregnancy just five months after their private wedding. “She tested positive but not for COVID,” the former TLC star wrote via Instagram in September 2021. The couple were seen kissing while Katey held a sign that read, “And then there were [three].”

The pair were ecstatic about their next chapter together and they detailed Katey’s pregnancy in a 10-minute YouTube video.

Months later, the newlyweds revealed they were expecting a baby boy in a sweet gender reveal video that they shared on YouTube on  January 7.

In the video titled “JED & KATEY DUGGAR – GENDER REVEAL!!!,” Katey and Jed shared a glimpse into their gender reveal party at a local park. Jed revealed the sex of their first child by hitting a ball filled with colored powder with a baseball bat. The color of the smoke was blue, indicating they were expecting a boy.

The couple continued to update fans on their personal lives when they revealed Katey had given birth to their son, Truett, on May 2, 2022. Jed took to Instagram on May 3 to share the first photos of their son. The first picture in the slide captured the new parents smiling as they held the newborn in the hospital, while the following shots gave Counting On fans close-up looks at the baby.

“He’s here! We love you so much, baby True!” Jed captioned the post. He then revealed their son’s full name is Truett Oliver Duggar and he was born on Monday, May 2, at 6:34 pm. The newborn weighed 8 lb 5 oz and was 20.5 inches.

The first-time dad also explained the meaning behind their son’s name. He shared that Truett means “warrior for Christ” and Oliver means “peace.”

When Is Jed and Katey’s Second Baby Due?

In their exciting YouTube video posted on December 16, 2022, Jed and Katey revealed the happy news to Jed’s family as part of an “ugly sweater” themed Christmas party. “We’re having Irish Twins! Not really,” Jed joked, referring to the common description given to a pair of siblings born less than a year apart. Katey is due the day after Jed’s sister, Joy-Anna Duggar, is expected to give birth to baby No. 3. The cousins should arrive around May 23 and 24, 2023! 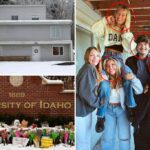 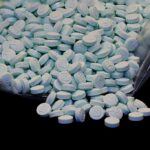