Cute couple! Teen Mom 2 alum Leah Messer sent fans into a frenzy when she went Instagram official with her now-ex-boyfriend, Jaylan Mobley in September 2021. The moment marked Leah’s first public relationship since her split from ex-boyfriend Jason Jordan in April 2019. Keep scrolling below to find out more about Jaylan.

Who Is Jaylan Mobley?

Leah’s former man is from Charlotte, North Carolina. He works as a U.S. Army cyber officer and he previously worked for NASA.

How Did Leah and Jaylan Meet?

“We met through a project Jaylan did with ESPN and the Army that was filmed and captured by one of my PA’s in September 2020,” Leah told Entertainment Tonight in an interview published in September 2021. “In growing my network, I followed Jaylan, and in February of this year, we connected through DMs and he asked me on a date. On our first date, he picked me up, took me to a lovely dinner at Bricks & Barrels in Charleston, West Virginia, and then we went to the Wiz Khalifa concert at the WV Power Park. It was amazing. “

When Did Leah and Jaylan Start Dating?

Jaylan and Leah became a couple during their romantic getaway to Costa Rica in August 2021. “We officially became exclusive during our trip to Costa Rica, when Jaylan asked me to be his girlfriend over a sunset dinner! It was perfect!” Leah shared. “This makes nearly a month, but we are excited to see what the future holds.”

On September 10, Leah took their relationship Instagram official by posting the first-ever photo of her and Jaylan to her account. “🔐❤️,” she captioned the loved-up picture.

Fans immediately flooded the comments to congratulate Leah on her newfound love. “YESSSSSSSS. LEAH YOU F–KING BETTER. SO HAPPY FOR YOUUUUU,” one fan commented. Another wrote, “About damn timeeee. You deserve it alllllll.”

Did Leah Introduce Jaylan to Her Kids?

Leah is a mom of three and shares twin daughters Aliannah and Aleeah with ex-husband Corey Simms, as well as daughter Adalynn with ex-husband Jeremy Calvert. Not only was Jaylan everything Leah was looking for in a partner, but he also got along well with her girls.

“Thank you for loving us the way you do,” Leah gushed after he made a big effort to be present for an important moment in their lives on December 15. “Thank you for showing up and sending me photos/videos of Addie’s Xmas performance while I was at Ali’s first band concert. After working all day and driving a total of four hours, you wanted to be there. You didn’t want to miss her performance for anything. We love you so much, and we’re so grateful to have you.”

The Hope, Grace and Faith author previously gushed over the instant connection that Jaylan had with Ali, Aleeah and Addie in a rare interview.

“I want my girls to see who is making their mama smile. I’m happy they got to meet him and love him,” she told ET. “Addie happened to be home when he picked me up for our first date. When he pulled into the wrong house, she insisted on letting him know that he needed to pick her mom up at the correct home and directed him to exactly where to pick me up. She was like, ‘Oh no, sir, you need to pick my mama up at the front door. Please and thank you!’”

When Did Leah and Jaylan Break Up?

Two months after the pair announced their engagement, In Touch confirmed they had called it quits.

“While the last year has been tremendously exciting for both of us, we’ve realized that it’s best we walk separate paths. We are so grateful for the lessons, growth, and memories we’ve had in this relationship,” the former couple said in a joint statement to In Touch on October 11, 2022. “So many of you have watched our love story unfold, and we hope that you’ll continue to watch our stories while we move forward as friends.”

Leah and Jaylan went on to ask fans for “privacy” while they “transition out of this chapter together.” 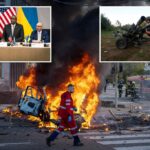 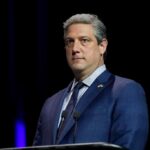