Single and ready to mingle. 90 Day Fiancé alum Darcey Silva has seemingly moved on following her engagement to ex Georgi Rusev. After being set up by a mutual friend named Leslie during a yacht day in Miami, Darcey began seeing a man named Mike. But who is he? Keep reading for everything we know about Mike, including his job and more.

Where Is Darcey Silva’s Man Mike From?

As Leslie introduced the reality star to her potential new love interest, she informed her friend that Mike is Israeli.

“He’s got a great body and European flair about him,” Darcey said during a preview clip from the upcoming season of Darcey & Stacey, shared by People on Friday, January 20. “I just have a thing for the foreign guys. Old habits die hard.”

Mike went on to say that  he’s “been here in Miami for the last 23 years.”

According to Mike, he owns “a couple of businesses in a few different industries.” He went on to claim that he “[works] with some geniuses” and that he has “discovered the way to reverse aging.”

“Free botox. Filler. You know, serums. I’ll take it. You know, who doesn’t want to have the fountain of youth?” she said during a confessional.

Are Mike and Darcey Still Together?

Mike and Darcey bonded over their passion for taking care of themselves.

“Have you ever imagined your futuristic self that you want to create?” Mike asked the Connecticut native, who responded that she “[loves] his mindset.”

Mike opened up about dropping 50 pounds before lifting his shirt to reveal his toned abs and letting Darcey rub her hands over his chest.

While they were clearly giddy about each other, it’s unclear where their relationship currently stands, or if they became serious as season 4 of Darcey & Stacey will document Darcey’s reemergence into the dating scene. 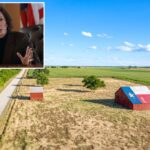 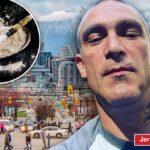