She’s not just a reality star! Darcey Silva rose to fame on TLC’s 90 Day Fiancé: Before The 90 Days, where she documented her journey with Dutch boyfriend Jesse Meester. But that wasn’t the Connecticut native’s first time on TV, and it won’t be her last!

After winning over the hearts of fans on all four seasons of 90 Day Fiancé spinoff, the blonde bombshell landed herself her very own show focused on her and her twin sister, Stacey Silva. The reality series, Darcey & Stacey, which premiered in August 2020 and is returning for its fourth season on January 23. Keep scrolling below to find out everything we know about Darcey before she got famous.

What Is Darcey Silva’s job?

Darcey is a successful entrepreneur! She started the clothing company House of Eleven with sister Stacey, so now running the business is her main source of income. The line is a big deal! Demi Lovato wore it on her album cover, and Nicki Minaj, Jessica Alba and more have been seen sporting her clothes.

What Else Does Darcey Silva Do For a Living?

The TV personality receives a paycheck for her appearances on the 90 Day Fiancé franchise, along with her and her sister’s spinoff, Darcey & Stacey. It is reported that the cast’s compensation works on a sliding scale.

Darcey also makes a profit OnlyFans and Cameo, where viewers can pay a fee to see more of the reality TV star.

What Is Darcey Silva’s Net Worth?

Darcey’s net worth is estimated to be $2 million, according to multiple sources.

Does Darcey Silva Have Kids?

Darcey has two daughters: Aniko and Aspen, whom she shares with ex-husband, Frank Bollock. The teens are super supportive of their mom and her search for love, and they’ve even given her advice in her past relationships.

Where Does Darcey Silva live?

Darcey resides in Middletown, Connecticut with her two daughters, sister Stacey, and Stacey’s two sons. But she spends her time jetting around the world looking for love, which has taken her on glamorous trips to Amsterdam, London, NYC and more!

During season 3 of the spinoff, the twins consider expanding their horizons as they contemplate a move to Miami.

How Old Is Darcey Silva?

How Tall Is Darcey Silva?

Possibly! Starcasm has a screengrab of what appears to be Darcey on Patti Stanger’s WETv show, being vetted for a date with a rich guy. The only problem? Patti never calls her by name and she has a twin sister, Stacey, so it could very well be her.

Has Darcey Silva Starred on Other Reality TV Shows?

Yes! Darcey and Stacey previously filmed a pilot episode for a series titled The Twin Life in 2010. According to the supertrailer, the twins planned to document their lives living under one roof with their families but their show never got picked up.

Fans noticed Darcey’s looks have changed since she first was introduced on the series. The starlet is very open about her love for cosmetic procedures, and documented her PDO thread nose lift via Instagram in November 2018. She’s also documented her beauty appointments on past episodes of 90 Day Fiancé. In May 2019, she underwent a “mommy makeover” with Stacey, and both ladies got tummy tucks.

During season 2 of the spinoff, which premiered in July 2021, Darcey and Stacey also took fans along as they traveled to Turkey for a “twin transformation.”

While in the foreign country, the twins underwent multiple procedures which included breast augmentations, Brazilian butt lifts, and liposuction. The twins reportedly spend upwards of $20,000 each for their makeovers.

Who Else Has Darcey Silva Dated?

Darcey documented her past two recent relationships with exes Jesse and Tom Brooks on past seasons of 90 Day Fiancé: Before The 90 Days.

She introduced her latest love interest, Georgi Rusev, on season 1 of Darcey & Stacey. Despite a rocky on-off romance, the couple got engaged during season 3 of the spinoff.

However, it wouldn’t be long before Darcey confirmed their split in February 2022.

“It was a decision that I made personally for myself, for my daughters. And I took a stand because I felt like the relationship wasn’t moving in the right direction, from that point of being engaged, which happened in the summer, mind you, the tell-all was in wintertime,” Darcey explained to Entertainment Tonight at the time. “So there had been some time, and communication still wasn’t going well, there was a lot of things that just weren’t where they should have been.” 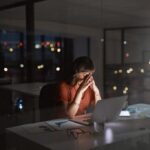 I told my wife’s boss he’s working her too hard, now she’s furious with me 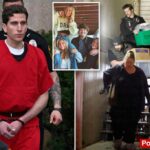