“The president has had a very busy morning,” Jean-Pierre said when asked if the president had tuned in to the much-anticipated debate. “So I was not able to get an answer on that, if he was able to watch the debate last night.”

Jean-Pierre’s statement was the administration’s first public comment since Fetterman repeatedly stumbled over his words and struggled to comprehend questions during the hour-long debate in Harrisburg.

When asked if there was any surprise inside the White House with how Fetterman looked and sounded, Jean-Pierre reiterated that it had been “a busy day” in the West Wing and added that the Democratic candidate’s performance was “not a conversation we are having here internally.”

Fetterman floundered despite being allowed to read transcripts of the moderator’s questions and Oz’s answers off a pair of 70-inch TV monitors equipped with closed captioning — an unprecedented concession to his health struggles.

When asked Wednesday if Fetterman required a closed-captioning system to have a conversation with Biden when the two campaigned together last week, Jean-Pierre would not respond.

The press secretary did note, however, that in personal conversations the president has had with Fetterman, Biden found him to be “impressive,” “bright,” and “just as capable as always.”

During an event in Pittsburgh, Biden raised eyebrows by telling Fetterman’s wife Gisele that she would be a “great lady in the Senate” — appearing to imply that the candidate would be unable to serve due to his uneven recovery from a May stroke.

Jean-Pierre also refused to say Wednesday whether Biden believes that Fetterman should release his full medical records before the Nov. 8 election in the interest of transparency.

“I’ve been asked this question, and I leave that over to the lieutenant governor to make that decision,” Jean-Pierre said.

Fetterman suffered his stroke as a result of chronic heart disease, his cardiologist said in June.

The episode took Fetterman off the campaign trail for months and left him with lingering “auditory processing issues” that have made it difficult for him to speak clearly and that has required him to use closed captioning during interviews and campaign events, as well as during the Tuesday debate.

Fetterman’s struggles in the debate sent Democrats, who see the race as crucial to keeping control of the Senate, into near-panic Tuesday night.

“Why the hell did Fetterman agree to this?” one Fetterman supporter told Axios. “This will obviously raise more questions than answers about John’s health.”

“Everyone is nervous,” another state Democratic official told the outlet. “I’ve traveled everywhere. Fetterman is a deep concern. And this debate will only increase it.”

Fetterman narrowly led Oz in polls taken before the debate, with the RealClearPolitics average of polls giving the Democrat a 1.3 percentage-point edge. 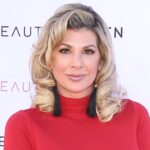 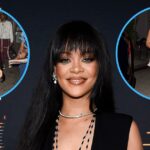