White House press secretary Karine Jean-Pierre encouraged the Atlanta Braves to have a “conversation” about picking a new name Monday — hours after President Biden hosted the team to celebrate their 2021 World Series championship.

Jennifer Jacobs of Bloomberg News asked Jean-Pierre at her regular briefing for Biden’s position on the Braves’ nickname as well as the controversial “tomahawk chop” cheer.

“You hear that often from this president. The same is true here. And we should listen to Native American and indigenous people who are the most impacted by this.”

Biden himself had no qualms about saying the team’s name during a celebration in the White House East Room — and noted that its use dates back more than a century, when the Boston Rustlers became the Boston Braves in 1912.

“My grandfather was an All-American football player at Santa Clara, and he was a newspaper guy up in Scranton, Pa.  His name was Ambrose Finnegan.  And when it was the Boston Braves, he didn’t like it. But at any rate, that’s another story,” Biden joked.

The president, congratulating the team on their championship, added that “the Braves will be forever remembered for the unstoppable, joyful run that this team made last year.”

Biden also paid tribute to the late Hank Aaron, who played for the franchise in Milwaukee and Atlanta for 21 seasons.

Aaron “shattered a lot of records, but he shattered them in racism as well, with dignity and with class,” the president said.

“It was a rough start [last year], plagued by injuries. The All-Star break, not one day of a winning record.  Given a 0.4 percent chance of winning on CNN.  No, I’m only joking,” Biden went on.

“At any rate — but the franchise never quit.  It never gave in.  You rebuilt the whole outfield practically overnight.  Play by play, inning by inning, you grinded and you ground it out, and you did it together.”

Biden even worked in a joke about his own narrow victory in Georgia in the 2020 election.

“People counted you out. Heck, I know something about being counted out. And I know in Georgia, you show up when it counts,” he said.

Sports teams across the country have faced pressure to change their names in deference to Native American activists who say it’s offensive to use their culture for commercial branding.

The Washington Redskins gave into a long-running pressure campaign in July 2020 to change the football team’s name, which some advocates said historically was used as a racial slur. The team is now known as the Commanders.

There is ambiguity on whether American Indians want the Braves to rename themselves, however.

Richard Sneed, principal chief of the Eastern Band of Cherokee Indians, based in western North Carolina, defended the Braves name in 2020.

“To me, the Washington Redskins name was probably the only team name that I could look at and say that’s derogatory, that’s a racial slur,” the chief said. “But all the rest – they’re an affirmation of the honor and strength and courage and the warrior spirit of native people.”

Other groups oppose the Braves name. The National Council of American Indians and the Muscogee Nation, based in Oklahoma but historically from the American Southeast, want the team to rename itself. 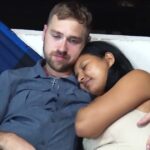 ’90 Day Fiance’ Paul and Karine: Are They Still Together? 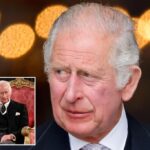