WASHINGTON – The White House spokesman in charge of the ongoing scandal over President Biden’s mishandling of classified documents attacked reporters who demanded he answer questions in public Monday, accusing them of trying to “stir up controversy to get attention or time on camera.”

“I have certainly endeavored to give all of you in the press corps access to the information that you need,” Ian Sams said on a press call. “I’ve taken your questions a couple of times, I made myself available for media interviews.

“In every presidency, you know, there are many people out there in the media who’s sort of trying to stir up controversy to get attention or time on camera,” added Sams, who has functioned as the press rep for the White House counsel’s office since the scandal broke Jan. 9 with the revelation that sensitive papers were found at Biden’s abandoned office at the Penn Biden Center think tank in Washington.

Since then, the White House press corps has been in a state of near-open revolt — as press secretary Karine Jean-Pierre refers most reporter questions about the controversy to the White House counsel’s office or the Justice Department.

In past briefings, journalists’ frustration with the administration has reached a boiling point, with reporters asking, “What is the White House trying to hide?,” and accusing Jean-Pierre of presiding over an “information blackout.”

The pointed questions continued during Monday’s press briefing, with Jean-Pierre being asked at one point: “Why should the American people believe that this President takes classified material seriously and the handling of it?”

“When you found out that the FBI had located even more classified materials in Wilmington, which four-letter word did you use?” Fox News reporter Peter Doocy asked cheekily.

The most persistent request from the media has been that someone from the White House counsel’s office — usually Richard Sauber, Biden’s special counsel hired to respond to anticipated probes by congressional Republicans — appear in the briefing room and respond to questions with cameras rolling. So far, the administration has declined to make anyone available outside of Sams.

“We’ve tried to give you guys public information as it’s appropriate,” Sams told reporters Monday. “… But I think that the American people see it for what it is, which is the president respecting the appropriate entity who’s doing an investigation and ensuring that they have the independence they need to conduct that investigation.”

From the start, the scandal has been handled in relative obscurity. Though documents were found at the Penn Biden Center six days before the 2022 midterm elections, the administration took two months to make the discovery public after CBS News reported on their existence.

Since then, the White House has belatedly revealed that classified documents have been discovered in multiple searches of Biden’s personal home in Wilmington, Del., with the latest admission coming Saturday, one day after federal investigators searched the premises for 13 hours.

During the Monday call, Sams refused to answer numerous other questions, including how many pages of documents were found and what topics the papers covered. 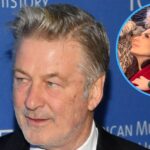 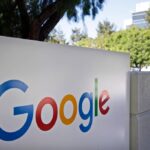